"It's not just a question of whether Mark Boughton has done enough for people to want to fire him...it's whether he's done enough bad things that people want to hire someone else."
-Common Council 6th Ward member Paul Rotello remarks on Mayor Boughton's win,
News-Times Nov 7 2007.


Here's the scene from DTC headquarters on election night. 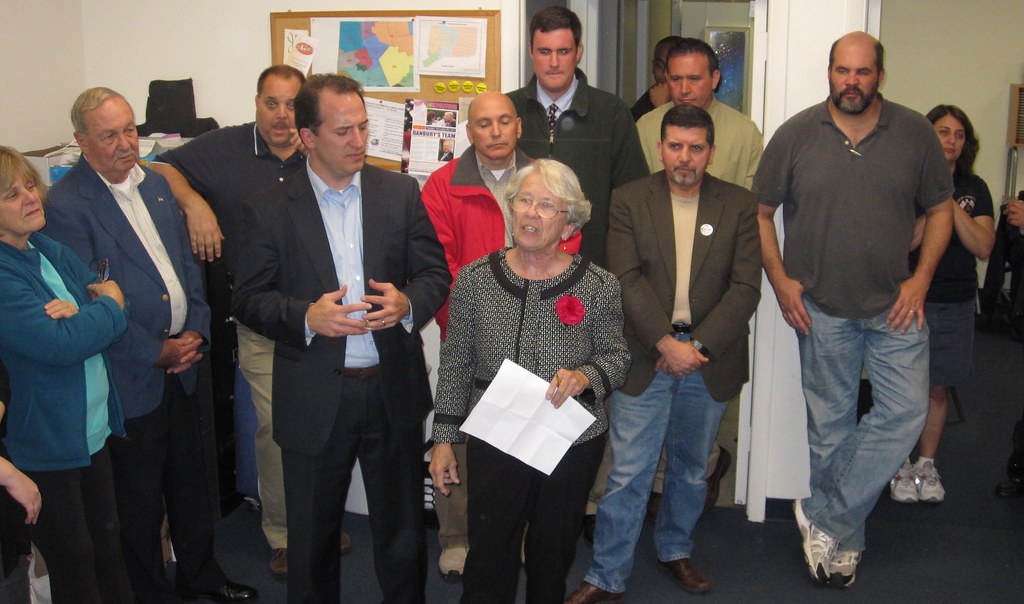