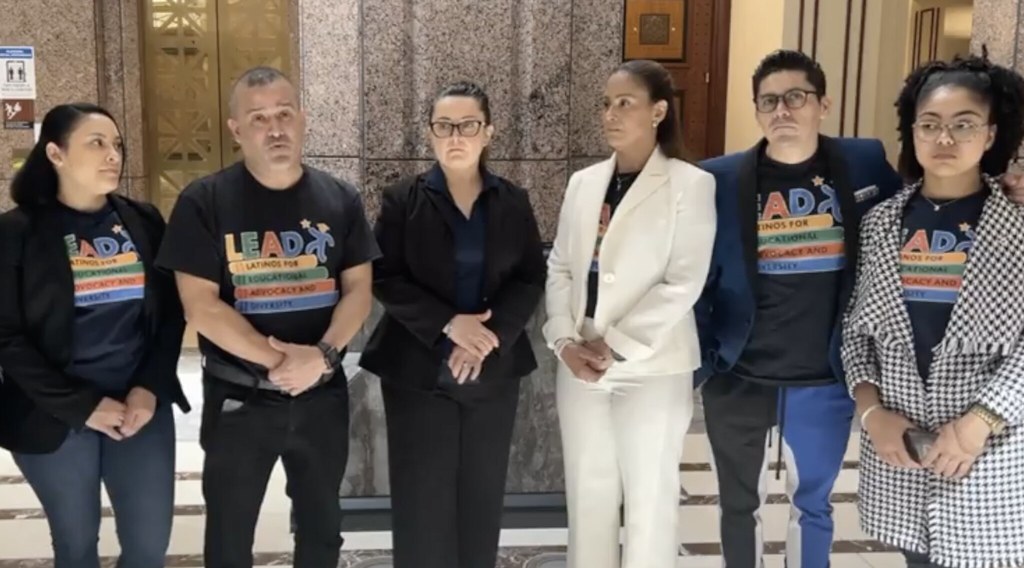 Earlier today, I attended Latinos for Education Advocacy and Diversity's (LEAD) press conference where the group expressed their frustrations with members of the city's state delegation whom they allege "forced our state leaders to remove funds for the Danbury Charter school from the draft budget."

LEAD recently announced a rally to be held in Danbury on May 1st where the pro-charter school advocacy group plan to demonstrate against members of the city's state delegation who have fought against their cause.

"Our coalition is marching for educational justice and against the actions of Senator Julie Kushner, Keneth Gucker, Bob Godfrey, and Raghib Allie-Brennan, who on Sunday, April 3rd, deliberately and against the will of thousands pressured the house and senate leaders to remove the allocated funding in the draft budget for the Danbury Charter school. Thus perpetuating a five-year blockade of our school and showing a complete disregard for the wishes of an entire community." 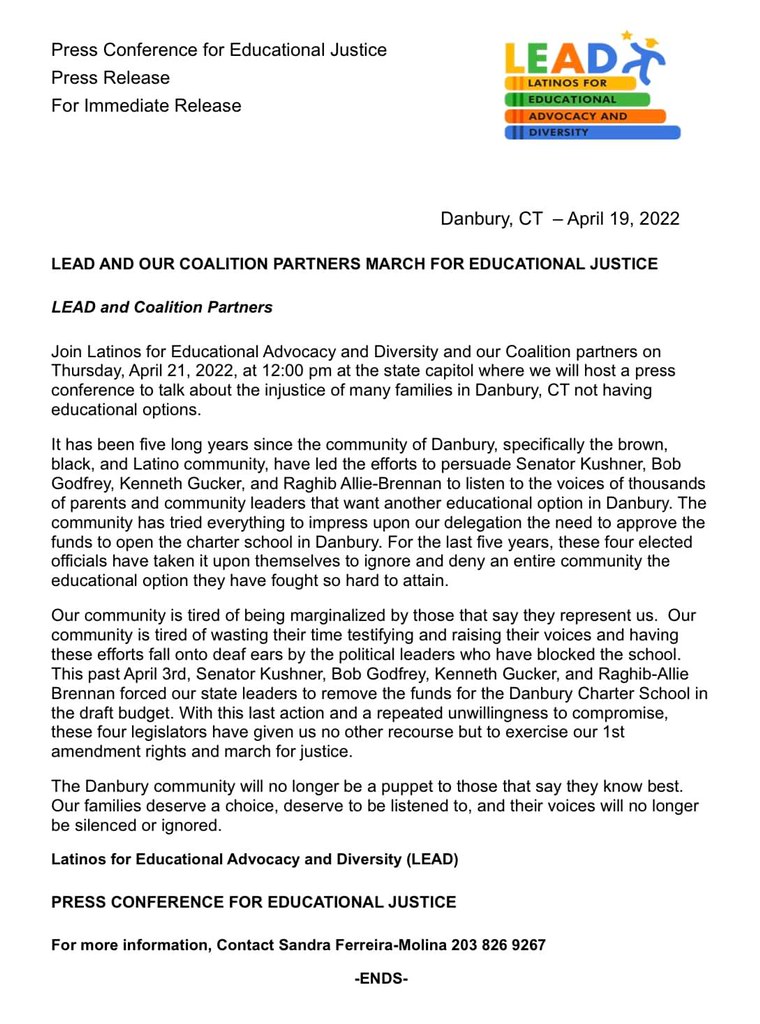 posted by ctblogger at 5:35 PM