Will these proposals stimulate the economy?

(In honor of New Fairfield's First Selectman outrageous stimulus funds request, this post is bumped to the top. 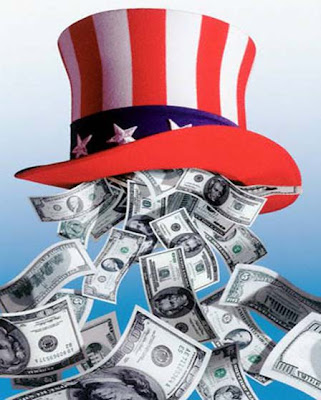 As you know, President Obama signed the stimulus package which will hopefully aid the economy. Since it's passage, a number of websites were launched that are created to keep an eye on where the money is spent.

Recently, mayor's and selectmen have come under fire from groups that claim that elected officials are using the stimulus money for projects that will not stimulate the economy. That being the case, I decided to look into what Mayor Boughton requested from the government and present it to you.

Well, actually, the site entitled "Stimulus Watch" did all the hard work, all I had to do was click a couple of times.

You decide...are Mayor Boughton's request reasonable in terms of stimulating the economy, or is this a form of "pork" spending?

(NOTE: The column entitled "Vote Ratio" is the response value of the vote results from the website. A negative number means the readership think that the particular proposed project is pork spending).

Below are the "shovel-ready" projects for which this city submitted in the 2008 U.S. Conference of Mayors report. You can click on a project to read (and add to) its description. You can also discuss the project and vote on whether you believe it is critical or not.

UPDATE: As a supplement to this post, in a meeting with mayors today President Obama gave municipal leaders a VERY stern warning.

Invoking his own name-and-shame policy, President Barack Obama warned the nation's mayors on Friday that he will "call them out" if they waste the money from his massive economic stimulus plan.

"The American people are watching," Obama told a gathering of mayors at the White House. "They need this plan to work. They expect to see the money that they've earned — they've worked so hard to earn — spent in its intended purposes without waste, without inefficiency, without fraud."

Using his presidential pulpit, Obama demanded accountability, from his friends in local government as well as his own agencies. He said the new legislation gives him tools to "watch the taxpayers' money with more rigor and transparency than ever," and that he will use them.