Today, I interviewed Danbury Democratic Town Committee chairman Joe DaSilva to get his take on Mark Boughton's repeated attempt to avoid FREE and OPEN debates with Gary Goncalves and why the mayor's recycled action is a disservice to the public.

What do you think..should Mayor Boughton agree to FREE and OPEN debates with Gary Goncalves? Answer the latest HatCityBLOG poll and give me your take.

Goncalves blasts Boughton over not agreeing to open debates
posted by ctblogger at 2:06 PM

Flip over accident on Padanaram Rd The accident caused the SUV to flipped over right in front of the Subway sandwich shop around 9AM and caused traffic delays.

The vehicles were being removed from the scene when I arrived and I have no information regarding the condition of the passengers involved in the accident.

Here's a small video clip of what the scene looked like when I arrived.

I guess the News-Times isn't buying Boughton's 2007 recycled excuse in not debating Gary Goncalves in a FREE AND OPEN forum.

Open and spirited debate is necessary so the electorate can make informed decisions when voting. But Mayor Mark Boughton is waffling about whether he can fit a proposed League of Women Voters debate this month into his already busy schedule.

Excuse us, mayor, but few events could be considered more important than letting voters hear candidates' views and answers to questions during a public debate.

Both candidates will participate in the debate scheduled for Oct. 14 by the Greater Danbury Chamber of Commerce at the Holiday Inn.

That is good, but it does not suffice.

That mayoral forum is part of a $45-a-plate luncheon that begins at 11:30 a.m. Not everyone can afford to attend and for some it could be difficult to leave work at that hour.

The chamber forum is an excellent idea for reaching members and other business people. An evening debate, such as the one organized by the League of Women Voters, would broaden the reach.

Both candidates for the mayor of Danbury should take part in every debate between now and the election.

When it comes to avoiding open and public debates, residents shouldn't Boughton should not be allowed to get away with the same tactics he pulled with Helena Abrantes in 2007.

For the mayor of the seventh largest city in Connecticut to avoid debating someone who will question his record is a grave disservice to the public. We line in serious economic times and the public has a right to see candidates debate the issues without forking over 45 dollars for a chamber of commerce luncheon (in the middle of the day).

...and all due respect mayor, spare the public the schedule excuse, we've heard that tune before.
posted by ctblogger at 11:45 PM On Wednesday, Ned Lamont made a trip to Danbury to offer his support for Gary Goncalves.

Lamont made headlines by defeating Senator Joe Lieberman in a historic Democratic primary and was a instrumental in making to easier for Democratic candidates to express their opposition towards the Iraq war in 2006.

Before attending a fundraiser for the Democratic mayoral candidate, Goncalves and Lamont held a press conference in front of Danbury Public Library where they made a statement and answered questions from the press.

posted by ctblogger at 5:18 PM

You can watch HatCityBLOG (the television show) WEDNESDAY EVENINGS at 6PM and THURSDAY MORNING at 11AM on Comcast 23.
posted by ctblogger at 10:07 PM

The campaign against City Clerk Jean Natale is coming... 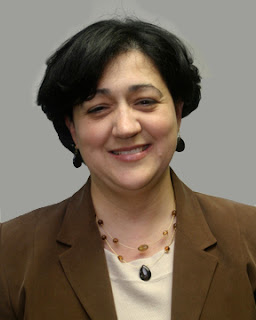 Several readers emailed and questioned me about how the election ballot selection process works.

Rather than explaining the process, I thought it would be better if I showed the ballot process in action.

Form Bethel, here's footage of their municipal election ballot lottery (including an explanation behind the ballot selection positioning process).

posted by ctblogger at 7:42 PM

Here's more info on the League of Women Voters...and why their highly respected when it comes to political debates.

The League of Women Voters, a nonpartisan political organization, has fought since 1920 to improve our systems of government and impact public policies through citizen education and advocacy. The League's enduring vitality and resonance comes from its unique decentralized structure. The League is a grassroots organization, working at the national, state and local levels.

The League of Women Voters is strictly nonpartisan; it neither supports nor opposes candidates for office at any level of government. At the same time, the League is wholeheartedly political and works to influence policy through advocacy. It is the original grassroots citizen network, directed by the consensus of its members nationwide. The 900 state and local Leagues – comprising a vast grassroots lobby corps that can be mobilized when necessary.

Over time, the League’s legislative priorities change to reflect the needs of society and critical issues of concern. The organization remains true to its basic purpose: to make democracy work for all citizens. The League of Women Voters makes a difference in the lives of citizens because of the energy and passion of thousands of members committed to our principles.

The League of Women Voters, a nonpartisan political organization, encourages informed and active participation in government, works to increase understanding of major public policy issues, and influences public policy through education and advocacy.

When it comes to debates, I'd take more credit from questions from the LWV as oposed to any other group.
posted by ctblogger at 2:25 PM With eight years of tax increases, a budget that's ballooned from 149 million in 2001 to 202 million, and city debt going through the roof, this is how Mark Boughton responds to Gary Goncalves' criticism regarding the way he's governed the city.

Boughton said they even saved $13,000 a year by eliminating water coolers in City Hall...

...a budget that's over 200 million dollars (10+ million of which goes towards debt) and he's talking about water coolers savings?

With remarkable comments like this, it's no wonder Danbury's last honest man is doing everything in his power to avoid going toe to toe with Goncalves in an free and open public debate.
posted by ctblogger at 11:14 AM

Bethel First Selectman case moved till after the election

Just found out that the court case for First Selectman Bob Burke has been moved from tomorrow morning, to Nov 6th, which is three days after the election.

Burke is facing second degree harassment charges stemming from alleged phone calls the first selectman made to a person who, according to court records, he had a personal relationship with.

UPDATE: The News-Times has more...

Burke's attorney Thomas Beecher said the change was at his request, but had no comment about why it was postponed until after the Nov. 3 municipal election.