Hillary Clinton is coming to town

Do you want to ask Hillary Clinton a question? Well, here's your chance...

According to Clinton's website, reformer presidential candidate will be making an ppearance at Costco on Federal Road in Brookfield on September 16 to sign copies of her upcoming memoir, "What Happened?". 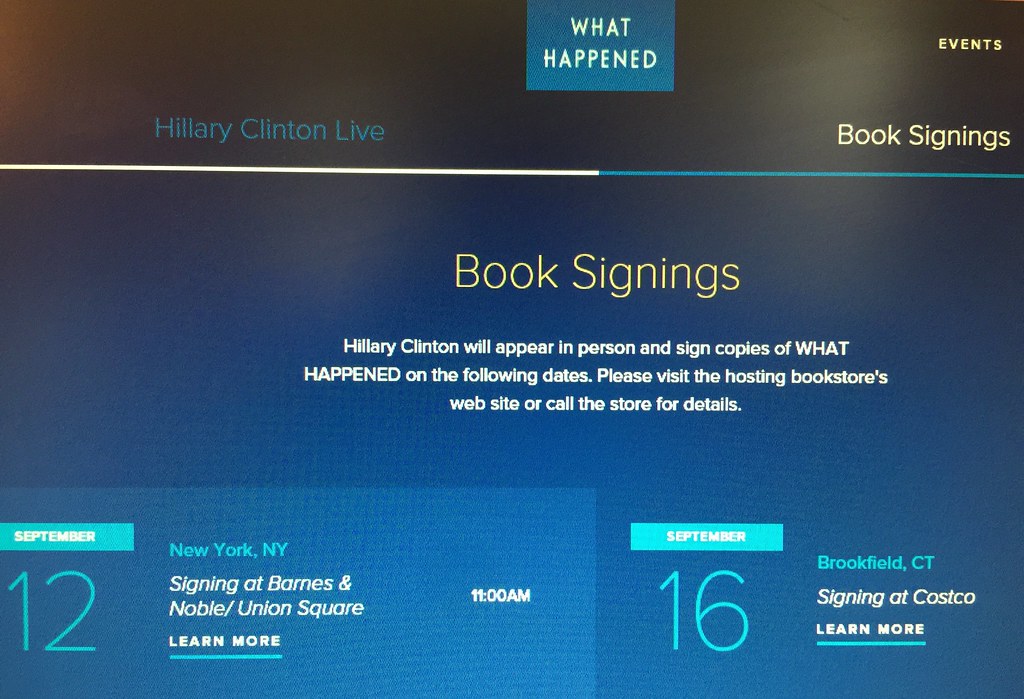 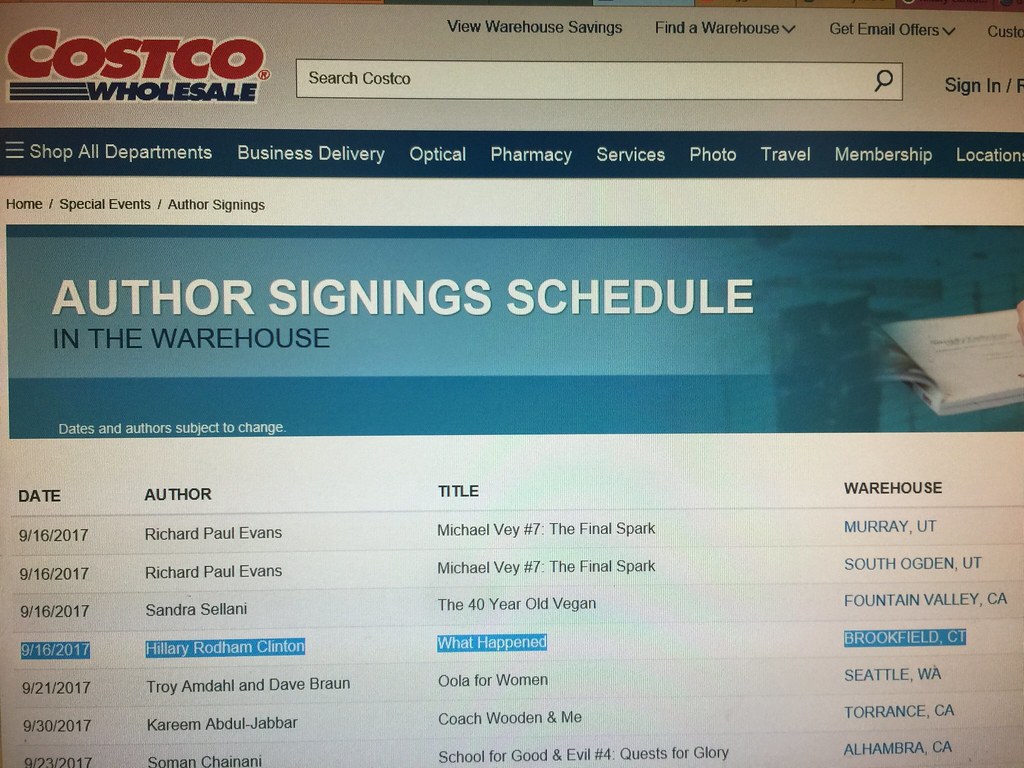 In her upcoming book, Clinton provides the public her viewpoint regarding her failed presidential campaign. Last week, Clinton released an excerpt from her book where she reflects on her now infamous close-up encounter with Donald Trump at the second Presidential debate.

The book signing event is scheduled to start at noon.

posted by ctblogger at 9:19 AM