Q: Were you aware that Mr. [former Deputy Personnel Director Julio] Lopez has testified that he thought that -- or that you had said to him that you had gotten hired because the mayor was infatuated with you?

Q: Was that a true statement, that you had spoken to Mr. Lopez and told him you thought you were hired because the mayor was infatuated?

A: I have no recollection of making a statement like that.

MUCH more to come...prepare to be outraged.

Dems retain control of 4th, 5th, and 6th wards, hold onto Board of Education seats It was not all doom and gloom for Democrats in Danbury yesterday.

Although the dishonest one cruised to a predictable victory, efforts by the Republicans to pick up city council seats in highly contested 6th ward were unsuccessful as Paul Rotello and Ben Chianese scored big wins.

Also successful in holding their seats were 4th ward Democrats Tom Saadi and Peter Nero who both beat their Republican challengers by a 2-1 margin.

Also winning their races are 6th ward Democrats Fred Visconti and Duane Perkins, which leaves the make-up of the council unchanged.

The least talk about race, with the most importance in terms of the percentage of money the city allocates to the school system, was the Board of Education with incumbent Kathleen Molinaro and converted Democrat Richard Jannelli retaining their seats...while EXTREME right wing Republican Gary Falkenthal was shown the door.

Eileen Fitzgerald breaks down the significance of the current BOE make-up and why there is a GREAT possibility that the BOE's inept chairwoman will lost her top post position.

In the fall, some newer members of the Republican-held board struggled with some veteran members about how to hold the administration accountable for student performance and move the district forward.

In short, under the God-awful leadership of Tea Party Chairwoman Sandy Steichen, the BOE has turned into a kangaroo court complete with the first term Chairwoman's over-the-top clashes with Superintendent of Schools Sal Pascarella, her outrageous violation the City Charter and being chastized by fellow Republicans on the City Council for being unable to answer simple questions regarding the school budget.

Hopefully with the new make-up on the BOE, members will do the right thing and give Steichen her well-deserved pink slip.

posted by ctblogger at 3:02 PM 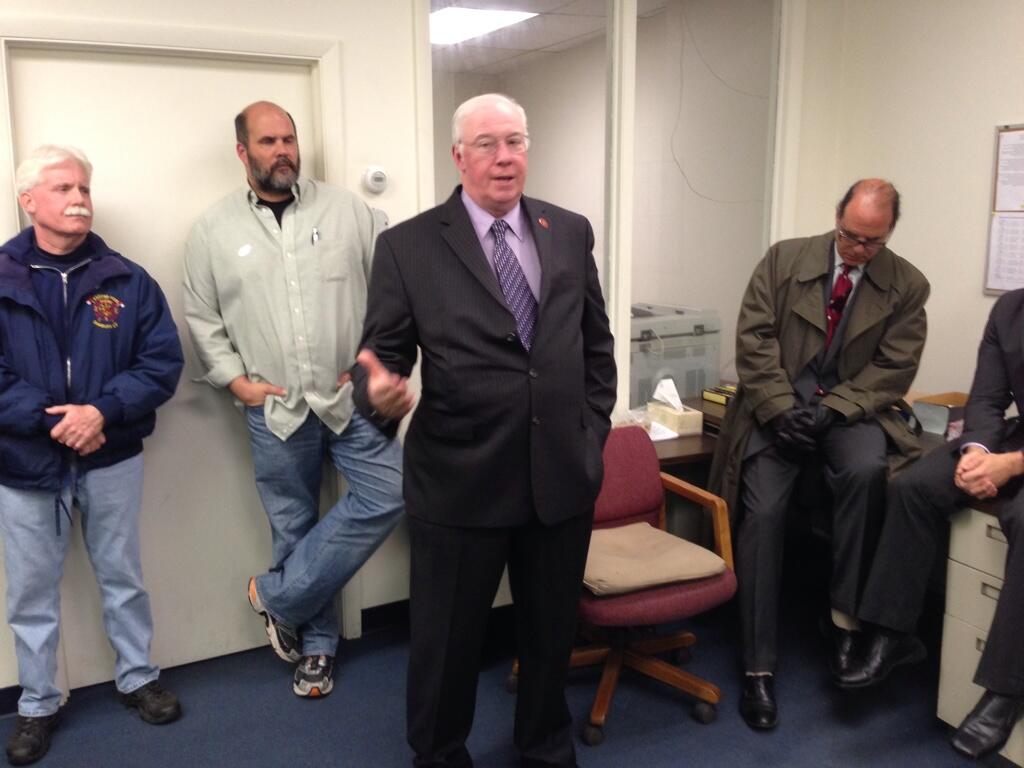 Wendy DaCosta on Boughton: “He’s changed…his reputation and his power have change him. He’s not the person that I knew”

Q: So you know him pretty well. Correct?

Q: You worked with him for, what, seven years about?

Q: Seven, eight years. Does he seem like the kind of person to you that would sexually harass someone?

Q: Based on what?

Q: How has it changed him?

A: He's become more arrogant and thinks because he is the mayor that he can do what he pleases.

Q: And you think that includes sexually harassing someone?


Prepare to be outraged... 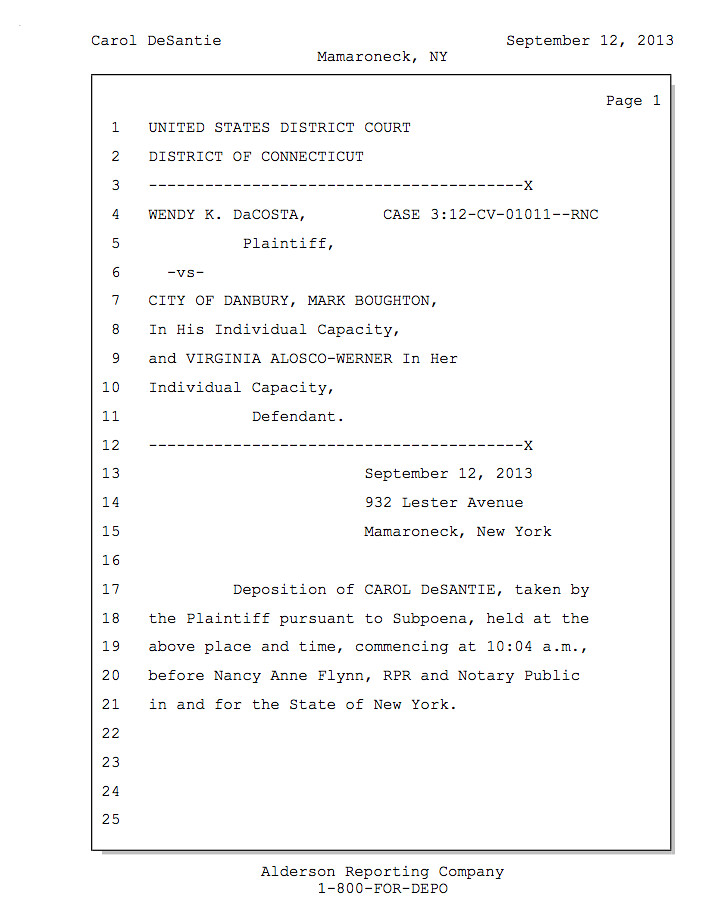 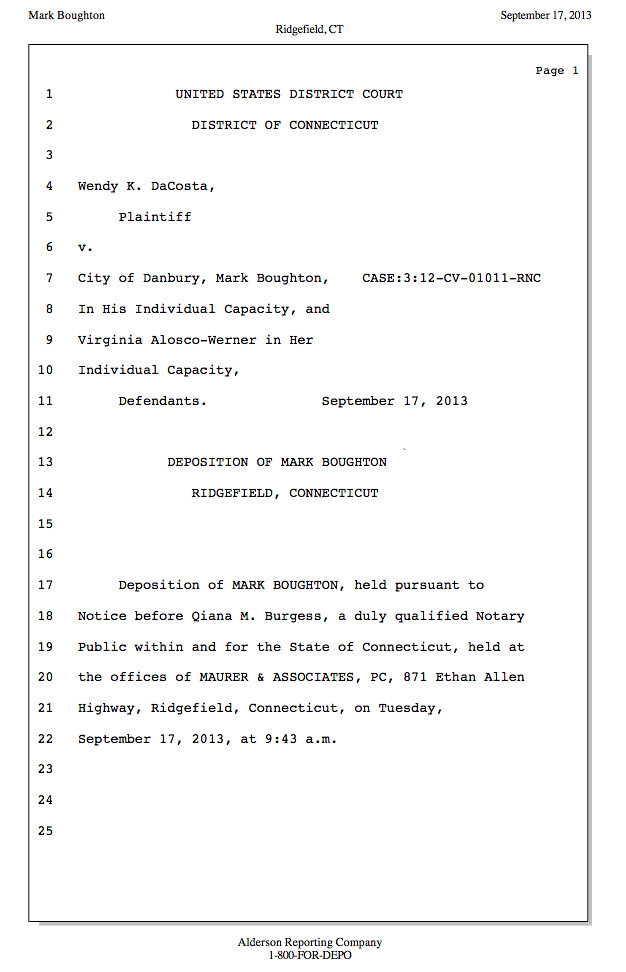 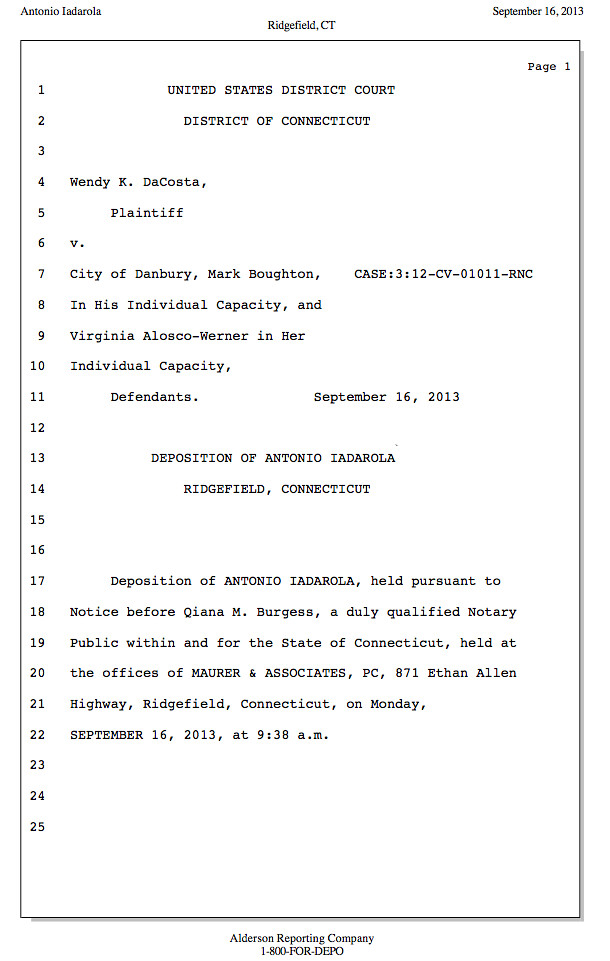 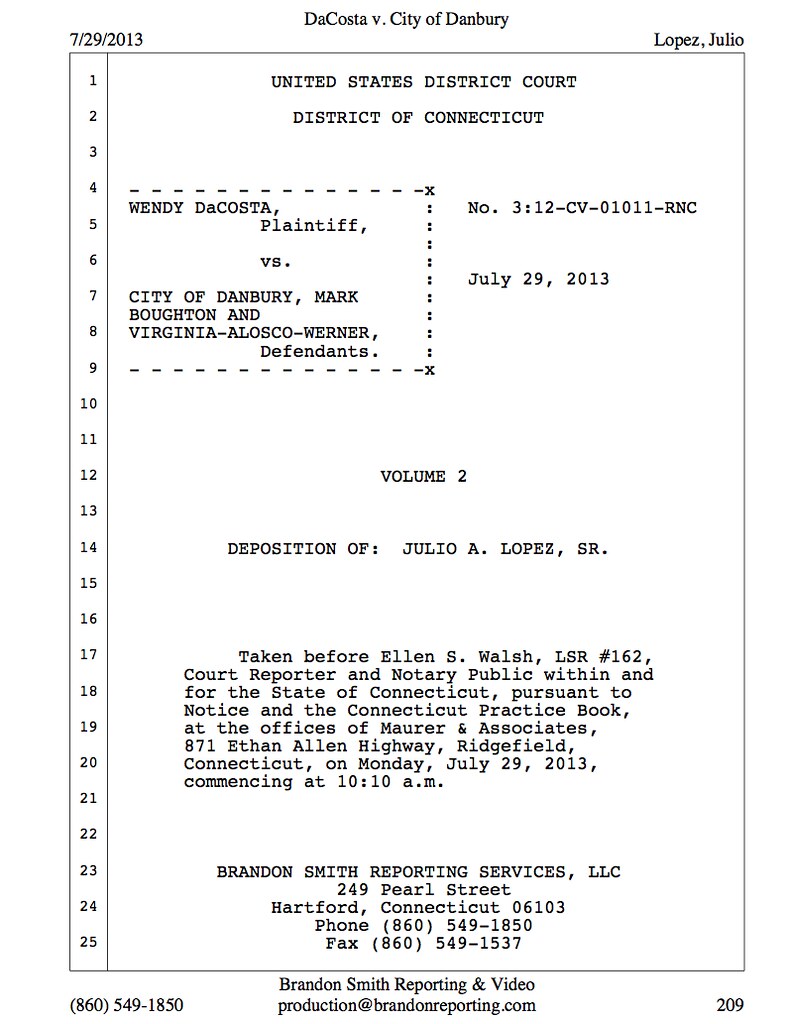 posted by ctblogger at 9:11 PM