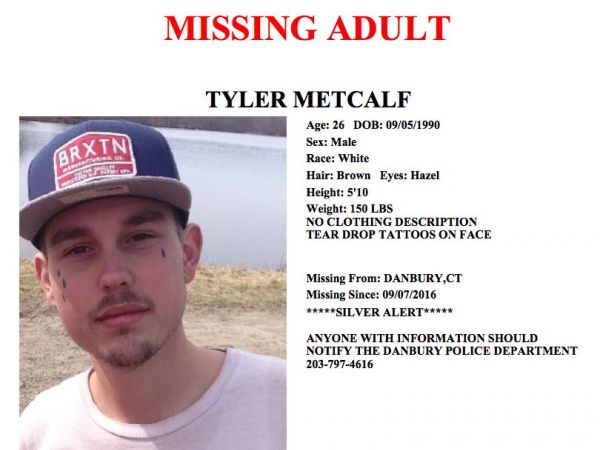 The Danbury Police Department has reached out to the public for assistance in finding a missing person.

A SILVER ALERT HAS BEEN ISSUED FOR: TYLER METCALF

Well, after eleven years, the time has finally come to move away from the Blogger platform and transfer HatCityBLOG to Wordpress.

I designed this site backed in 2005 and after years of patching the design code, this site is simply unable to meet today's demands.

Over the next few weeks, you will see some rather drastic and long overdue changes to this site...and hopefully once the dust settles, a new HatCityBLOG will emerge that will easier to navigate on mobile devices.

Hang in there folks...I'll be back to FULL speed VERY soon.

posted by ctblogger at 9:29 AM With less than 60 days till election day, the latest poll from Emerson College Polling Society has U.S. Senator Richard Blumenthal set for a VERY easy re-election win over his opponent Dan Carter.

In Connecticut’s U.S. Senate race, Democratic incumbent Richard Blumenthal holds a wide lead over Republican state representative Dan Carter, 54% to 33%. Almost six out of 10 likely voters (57%) view Blumenthal favorably, and 34% have an unfavorable opinion of him. Voters are not familiar with Carter. His favorable/unfavorable ratio is 9% to 18% with 42% undecided about him and 30% who have never heard of him.

Sixty days till election day and thirty percent of voters have no clue who Dan Carter is?

Someone please explain to me again why Dan Carter is running against Richard Blumenthal?