Of all of the network TV station in the state, Fox 61 has done most coverage of the recent police pursuit that ended with a crash on Mountainvile Road...unable most people are unaware of the station's news reports since Comcast dropped Fox61 was dropped from their cable line-up a while ago.

Here's Fox61's latest news segment on the crash and the family mourning the passing of Tiffany Fitzgerald.

A family in mourning during the holiday season, coping with the loss of a loved-one after a police chase ends in a rollover crash.

Tiffany Fitzgerald, 26, died Sunday at Danbury Hospital from the injuries she sustained in a crash on Thursday.

“I love her with all my heart and if I could go up there and bring her back, I'd bring her back right now,” her father Tim Fitzgerald said. “I wish it was me instead of her, I'd gladly take her place in a minute.”

The mother of three leaves behind a devastated family, including her younger sister, who considers her a best friend.

“It’s just been heartbreaking, we just lost our mother now we lost her there's really no words for how it feels,” her sister Amanda Fitzgerald said.

In January of this year, Tiffany and Amanda’s mother died in a car crash in North Carolina.

On Thursday, December 1 at 10:40 a.m. a 1997 Ford Explorer was driving on Mountainville Road, near the intersection of Mountain Road.

Danbury Police Officer Jamie Hodge, 38, a one-year member of department, was working a roadside construction assignment as an extra duty job. He was near Main Street and Center Street when he noticed the Explorer, which Officer Hodger recognized as having been reported stolen.

Police say Hodge jumped into his own personal car and began chasing the Explorer. He reportedly called the chase into Danbury Police dispatch.

The officer was unable to stop the car, and while the Explorer was on a left hand curve in the road it left the roadway, hit a State Traffic Commission sign in the right shoulder and then kept driving while straddling the roadway and shoulder. The Explorer eventually hit a utility pole support cable and utility pole, then drove over a private driveway before rolling over on the grass and coming to uncontrolled stop in the driveway.

The male driver, later identified as Ricardo Andre, 32, of Danbury, was taken to the hospital with a serious injury. Tiffany was the passenger, also transported with severe injuries, succumbing to them on Sunday.

Before being discharged from the hospital Monday, Danbury Police arrived to arrest Andre on three outstanding warrants for a slew of charges, including reckless endangerment in the first degree, interfering with police and resisting arrest, reckless driving, engaging police in a pursuit and larceny. He was also charged with failure to appear in court for some of those charges.

Those old charges are related to cases from 2015 and January 2016, and bond for all three combined was set at $42,000. He has not been charged yet in relation to last Thursday’s crash or in connection to the stolen vehicle he was in.

According to the CT Judicial Branch website, Andre is scheduled to appear again in court on December 13th.

VIDEO: Drive on Mountainville Road to scene of car crash. 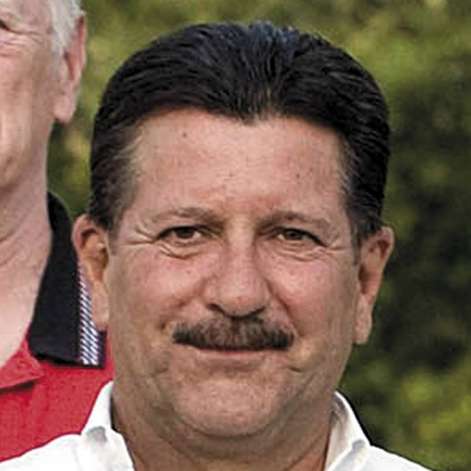 As we enter the municipal election season, Hartford Counrant columnist Kevin Rennie joins the LONG list of residents, and politicos on the local and state level who continue to question the wisdom of the Danbury Democratic Town Committee under the leadership of former mayor Gene Eriquez as he faces domestic violence charges. 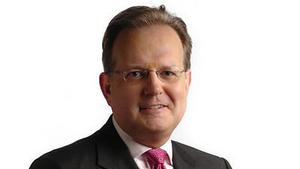 Danbury’s Democrats have fallen on hard times and will continue to have troubles mounting credible municipal campaigns as long as Gene Eriquez continues to serve as head of the local Democratic party. Eriquez, a former mayor of Danbury, was arrested in the spring for assaulting his wife. The violent attack included Eriquez pushing and punching his wife in the face, as well as preventing her for calling police for help.

As someone who, along with just about everyone who is not affliated with the city's town committee, is still scratching his head over Eriquez's inability to comprehend that his leadership is a net negative for the entire party, I wholeheartdly agree with Rennie's assessment of the Democratic party in Danbury.

If a Democraitc candidate for mayor wants to be taken seriously next year, he or she will have to keep safe distance from the town committee's current leadership and restrict Eriquez's presence with the campaign to being an effective messenger as town committee chair, work on getting candidates for office and getting out the vote. Anything outside of that simple task, or having Eriquez front and center in any large-scale campaign capacity, would risks the possibility of the former mayor inadvertently harming a candidate's mayoral campaign by being an unneeded distraction.

Danbury’s Eriquez “extremely remorseful” at arraignment on domestic violence charge Chief: No special treatment for Eriquez
posted by ctblogger at 10:27 AM