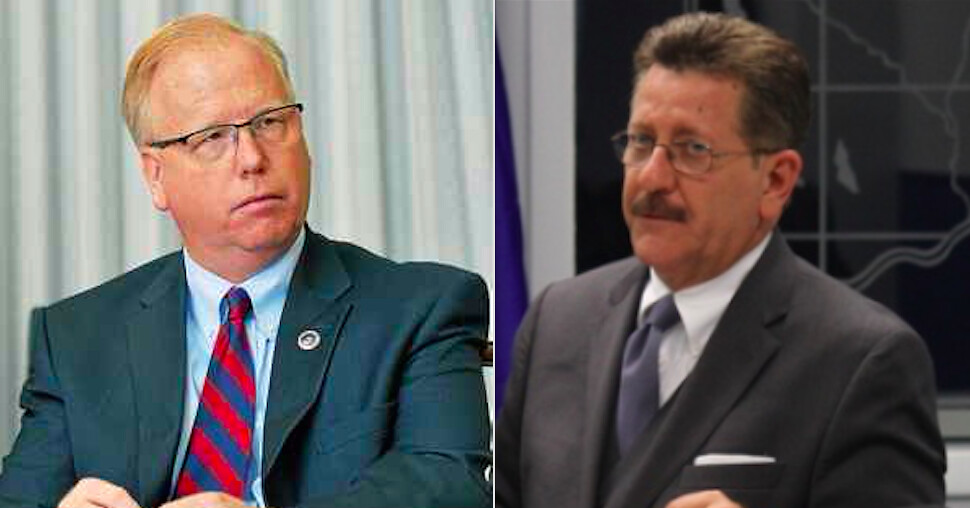 Mark the date down and make sure that you're sitting when you read this because what I'm about to say doesn't happen a lot...I actually agree with Mayor Mark Boughton on something (well, I agree with him for the most part).

You have to agree with Mark on this one. No one wants to see situations like this, but unfortunately we hear about them all the time. What struck me about his answers was the part about Eriquez stepping aside from his duties with the Democratic party. Not stepping down, but aside. You would think what is best for the Democratic party, at this time, is for him to step down. Who am I to say? I do echo the sentiments of Mayor Mark, though. Our thoughts right now are with Mrs. Eriquez.

Although I do not support Boughton's notion that, "after he's paid his debt to society he can get sober and healthy" because getting treatment and help should be paramount and should go hand in hand with Eriquez paying his debt to society, for the most part, the current mayor struck the right tone with his commentary...and everyone's thoughts should be with Mrs. Eriquez at this time.

Now I'll return you to my regular programming of criticizing Boughton over a wide range of issues :-)