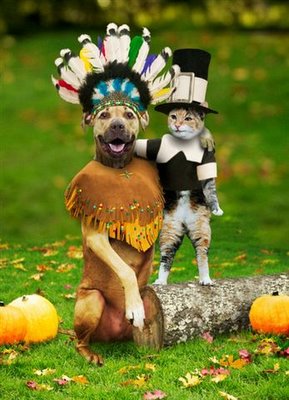 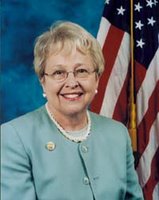 The Democrats are hoping she can be defeated next November as they have their eyes on the 5th district seat. With Johnson's close relationship to Tom DeLay and her questionable trip to Central America recently, be sure that the Democrats will pull out all the stops to link Johnson to DeLay, special intrests groups, and lobbyists.

From The Danbury News-Times

The re-election campaign for veteran U.S. Rep. Nancy Johnson of Connecticut is one of several emerging an an early barometer for Republican fortunes in next year’s elections.

Races for the 5th District congresswoman, Rep. Deborah Pryce of Ohio and Rep. Vito Fossella of New York’s Staten Island are being watched by the Washington-based Cook Political Report for signs Republicans could lose their majority in Congress.
“If you’re looking for a canary-in-a-coal-mine race, this is one,” said Amy Walter, who tracks House races for the organization. “If all of a sudden you see Nancy Johnson slip, it’s a sign other Republicans in similar districts should be concerned.”

Johnson is a 12-term congresswoman with a strong fundraising advantage over potential challengers and a reputation as a tough, seasoned campaigner. Johnson, a New Britain Republican whose district includes much of the Danbury area, scored double-digit victories in her past two races.

But the unfolding GOP ethics scandals, President Bush’s slumping popularity and growing public doubts about the Iraq war pose are making it tougher for Republicans fighting to maintain their hold on Congress. It has emboldened Democrats seeking a net gain of 15 seats to recapture the House.

Republicans nationwide face a “political environment about as bleak as it’s ever been,” said Walter.
In Connecticut, U.S. Rep. Christopher Shays, a 4th District Republican whose district includes Ridgefield and Redding, and Rob Simmons, R-2nd Dist., faced tougher challenges in the 2004 elections. But a Democratic Congressional Campaign Committee spokeswoman said unseating Johnson ranks as a priority for the national party.

“Nancy Johnson’s seat has always been high on the list,” said Sarah Feinberg of the DCCC. “I know Shays and Simmons seem to get all the headline attention, but all three are top-tier candidates for us.”

Democrats Chris Murphy, a state senator, and J. Paul Vance Jr., Waterbury Board of Aldermen president, are vying to run against Johnson next fall in a district that Democratic presidential nominee John Kerry won by 1,112 votes in 2004.
Murphy had a $234,245 campaign account balance, according to his third-quarter fund-raising report, while Vance reported $13,071.

It's easy for people to talk about the races in the 2nd and 4th districts but one shouldn't underestimate Chris Murphy as he seems like the frontruner for the Democratic slot and could give Johnson an incredible hard fought race.

NOTE: Genghis over at Connecticut Local Politics adds some interesting insight into this story and is right about one thing; don't underestimate Nancy Johnson. She has one hell of a warchest, a moderate, and is pretty popular in her district. This doesn't mean that she's is unbeatable, it just mean that in order to win, the Democrats are going to campaign very hard.
posted by ctblogger at 10:57 AM

I've received emails from readers asking why I wasn't quoted in today's article on local blogs in the News-Times.

Yes, I was contacted by a reporter for The News Times and yes they wanted to interview me for the article. It's just that one of the great things about blogs is the ability to be anomymous. Many bloggers don't like giving out their names because privacy is important to them and I just happen to fall into that category. For me, I prefer this blog to be popular and not personaly be the center of attention. Linking your name to a blog is a double edge sword. On one hand, people might want to talk to you more but on the other hand, people will be more controlled in what they say around you which is something I don't want in a city as small as this.

I was originally contacted about the article a few months ago and I explained that I would be happy to be quoted as long as we don't have to use my name (just use my blog name of ctblogger). The last thing I heard was that it would need to be discussed by the editors which I had no problem with but when I didn't hear back from the reporter, I just forgot about it. Then last Thursday, I checked my emails and I saw that I received a message on Monday from the same reporter asking me if he can use me in the story again and that he was under a tight deadline. He sent the email on Monday but I didn't get back to him till Thursday (sorry Fred) and by that time, it must of been too late.

So basically, I don't know if my request to be anonymous was the problem or the fact that I didn't get back in touch in time contributed to me not being quoted in the story but in any case it's no big deal and in the end the article they did wasn't that bad.

Hosting two blogs is alot of work and I receive so many emails (on top of instant messages, telephone calls, and attending meetings) that it's hard to stay updated but I promise to check my emails every day for now on.

Just found a great video hosting site where I can upload my videos for free!

Finally, I'll be able to really show off my stuff. Look out Danbury, here I come.
posted by ctblogger at 11:56 AM