Are the people who helped Lori Kaback win big in November now attempting to take over the Democratic Town Committee?

According to numerous sources, that is exactly what is happening right now.

Ah, fighting within the Democratic party! Well, anyone who knows Danbury politics knows that this is nothing new. The Democrats are well-known for their in-fighting and backstabbing (insert your Board of Education reference here) but now it seems like things within the party are finally reaching a boiling point.

From today's the News-Times

The city's Democrats are officially split.

The struggle stems from Democratic losses at the polls in recent years. Danbury traditionally has been a Democratic stronghold, but Republican Mayor Mark Boughton has won three terms and the GOP controls the Common Council.

Samaha and Walkovich are among those Democrats who have had some recent success. After losing their Democratic Town Committee seats in 2002, they helped campaign for Democrat Lori Kaback, who unseated Republican Town Clerk Joe Scozzafava on Nov. 8.

Warren Levy, president of Danbury Metal Finishing and a former Common Council president, is running on a rival slate for a First Ward seat on the town committee. If Levy's slate wins, Gallo is off the town committee. "They've been waiting to take a shot at me. We'll give it a battle, and see who wins," Gallo said.

"It's about winning," said Levy, referring to the three consecutive losing mayoral campaigns for the Democrats. "They had ample opportunity to fulfill their duty. They didn't show their stuff."

"I'm not happy with the present leadership of the party," said former Common Council member Paul McAllister, who is running on the Second Ward rival slate.

McAllister said this race isn't about Samaha or Gallo.

"It's not about animosities from the past. It's not about personalities. It's about your ability to lead," McAllister said. "It's time to do something new."

We'll keep a close eye on what happens but for now, it seems like the all hell is going to break loose.
posted by ctblogger at 5:21 PM

So many meetings, so little time

Between the NAACP meeting and the public meeting regarding the construction of Kennedy Park, I'm exhausted.

I'll have a full report of both events (including video) later today.
posted by ctblogger at 9:43 AM 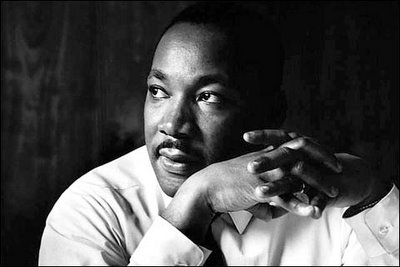 posted by ctblogger at 9:42 AM