As the racist, idiotic, hate monger runs for senate... 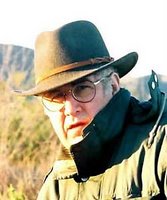 I've always thought "pieing" was a bit dopey, but I'll say one thing about the banana cream number hurled at the side of Streitz's head in September during one of his anti-immigrant diatribes: It made the affair memorable.

No such luck Tuesday, as Streitz read a six-page, single-spaced announcement that could have easily been summed up in two words: Mexicans bad.

Pie!, I thought as I watched him deliver the speech with as much charisma as a kid reading his "What I did last summer" essay. For the love of baked goods, somebody get me a pie!

You go girl! Oh, she's just getting warmed up.

You wouldn't have guessed that just days before, Streitz had met with Republican Party Chairman George Gallo, who had strongly suggested that he broaden his platform.

Economics, Gallo suggested. Health care. Taxes, even. Anything that might, say, appeal to the non-xenophobe types.

And I suppose, technically, Streitz made an attempt - though all roads eventually led back to Mexico. The economy would improve - if we just got rid of all the Mexicans. The heath care mess would be cleared up - if only we could bid adios to the free-loading Mejicanos.

"If the United States is economically destroyed tomorrow, the Mexicans will rejoice," he declared.

Gallo didn't seem surprised when I reported back Wednesday that Streitz had failed to take his advice.

"I guess he's a disciplined candidate," Gallo politely offered. "But that's not how you win elections."

He might not win the election, but we'll have fun joking about the 80 dollar wonderkid.

...and Helen, we'll buy you a pie anytime...as long as you allow us to videotape the throw.
posted by ctblogger at 10:13 AM 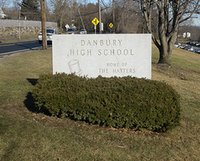 Just received this heads-up from a source.

Asbestos found in 5th floor science wing of DHS. Area has been blocked off and all health agencies have been notified. No school tomorrow so it will be taken care of and retested for safety.

A worker drilled through an asbestos desktop Wednesday at Danbury High School, releasing enough toxic material to close the room.
The city had the room and the immediate area tested for asbestos Wednesday, and the room must be cleaned, said Jack Kozuchowski, director of environmental and occupational health for the Danbury Health Department.
Right now the room is closed.
Kozuchowski said the worker was scheduled for training in asbestos issues within the first 60 days of starting his job, but he hadn’t yet received the training.
"He hasn’t been on the job 60 days," Kozuchowski said.

I'm sure the parents feel comfortable knowing that this worker (who hasn't been trained in handling asbestos issues) is drilling around asbestos.
posted by ctblogger at 2:21 PM

I just noticed that I forgot to post my latest photo of the week (sorry). To make up for my screwup, I'm posting my pictures I took at the Anti-War rally in Hartford last Sunday. More than 1500 people from across the state attended the rally and gave Joe Lieberman a piece of their mind. I think it's safe to say that all who attended will be voting for Ned Lamont in the primary (be afraid Joe, very afraid).

You can read my full post on the incredible event at my other blog. 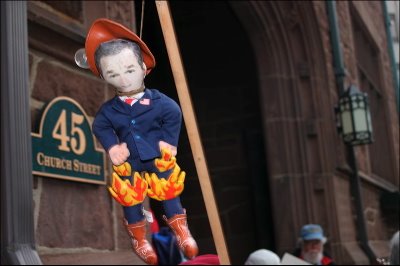 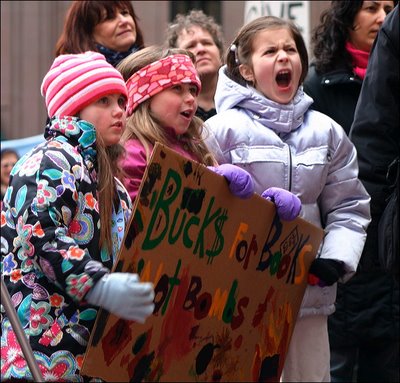 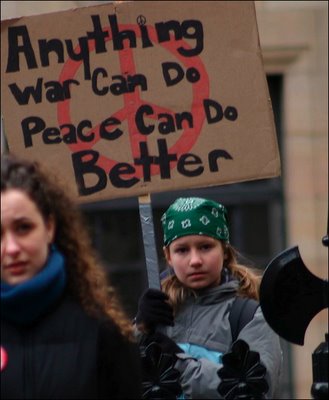 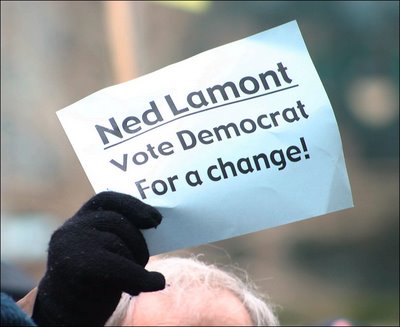 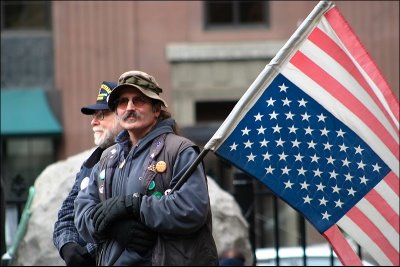 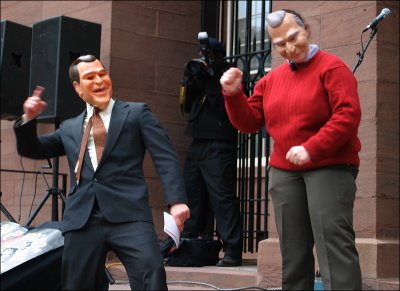 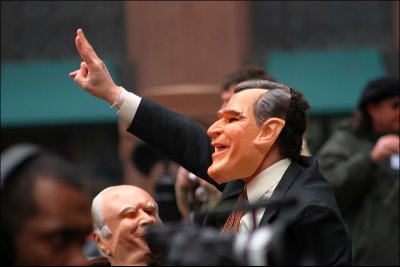 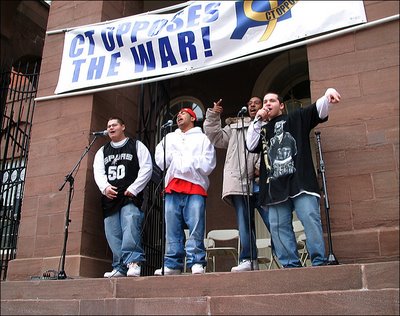 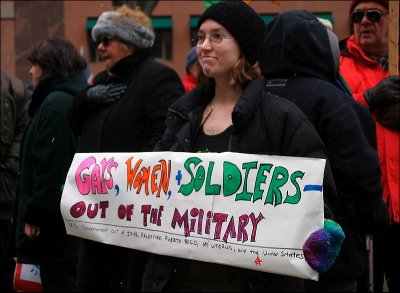 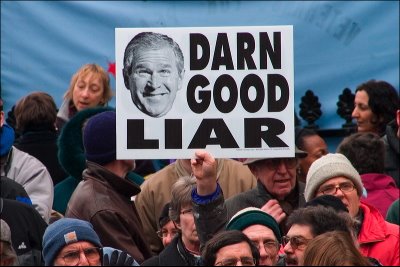 Click here to see all the photos from last week's rally.
posted by ctblogger at 2:56 PM

Tonight, the Danbury Democratic Town Committee will pick there delegates for the Democratic State Convention which will be held on Saturday May 20th. The selection will take place at Democratic Headquarters on Main Street at 7:30 tonight.
posted by ctblogger at 5:38 PM

Paul Streitz, leader of the "anti-everybody but white people" hate group Connecticut Citizens for Immigration Control announced today that he's challenging Joe Lieberman for United States Senate. I can't tell you the amount of material I have on this wingnut and I'm going to have so much fun sharing what I have with everyone.

I'm sure those in the Republican Party are happy. and they can thank Mark Boughton for Streitz's popularity.

The first Republican willing to undertake the daunting task of unseating Sen. Joseph I. Lieberman, D-Conn., will formally announce his candidacy Tuesday in West Hartford.

Paul F. Streitz, a Darien businessman who unsuccessfully sought his party's nomination for Senate in 2004, will challenge Lieberman on a platform primarily opposed to immigration from Mexico.

"It is time to get the troops out of Iraq and put them on the Mexican border," Streitz said in a statement. "Thousands of Mexicans and other illegal aliens from other countries come into this country every day. This is an invasion, not immigration."

Streitz, who calls Lieberman one of "the most traitorous U.S. senators" because of his support for policies like the North American Free Trade Agreement, will have a tough time beating the incumbent senator.

According to its most recent federal campaign filing, the Lieberman campaign has so far raised more than $5.9 million for Lieberman's re-election.

Streitz, who is trying to raise $20 contributions from 1 million Americans, has so far netted $80 in the effort, according to his Web site.

Republican State Chairman George Gallo said the party would field a candidate against Lieberman, but Streitz is the only Republican to put his name forward so far.

Gallo could not be reached for comment today, but Streitz's name is not on the party's list of 2006 candidates featured on its Web site.

Awww, MexDonaldsBoy only has 80 bucks to his name. Too funny! What's wrong, your followers are too poor to help you out. Sounds like you collected 1 dollar from every one of your wackos who attended the silly anti-immigration forum in Danbury earlier this month (FYI: The hate group only attracted 80 people out of a city of 80,000!
posted by ctblogger at 4:16 PM