I was about to do a write up on the final campaign figures from the 5th Congressional district race between Cappiello and Murphy but Genghis beat me to the punch.

Yes, you read that correct...when it really counted (and the national GOP had other Congressional races to deal with), Cappiello was only able to raise $32,687.00...which probably went to purchasing more annoying lawn signs as opposed to any type of GOTV effort.

I'm 99.999999999 percent positive that Cappiello's internal numbers echoed the number I heard throughout the election as well as election results and with next to no money in the bank, the race was basically all but over before the Danbury debate.

There were numerous other problems with Cappiello's campaign (i.e., recycled TV ads, going totally negative, sucking up to President Bush, gave no real alternative, pandered to groups, changed his attacks based on the event of the day, didn't campaign nearly enough outside of Danbury, etc) but a lack of money should top the list. If the rumors are true about Waterbury's Sam Caligiuri taking throwing his hat into the race in 2010, he be wise to learn from Cappiello's numerous mistakes.
posted by ctblogger at 9:36 AM

Since I was able to free up space on my network, I'm able to do a bit of catch-up and bring people up to date regarding some interesting items that were recently presented to the Common Council.

When it comes to over/irresponsible development, hooking up a septic system/one family home based neighborhood to the sewer system is the first step in opening up Pandora's box as it could lead to cluster housing or, even worse, condos. There is a historical evidence of sewer hookups resulting in cluster housing problems in that particular part of the city (ask a old homeowner who live along Merrimac Street).

With that in mind, on November 24th, a public hearing was held on a Sewer Extension proposal for Lombardi and Concord, and Short Street (NOTE: Short Street is a "paper" street which basically means that currently, the street only exists on paper). 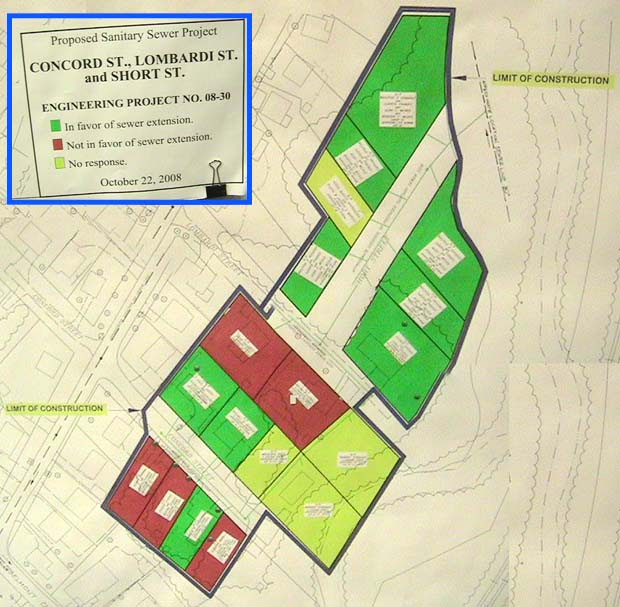 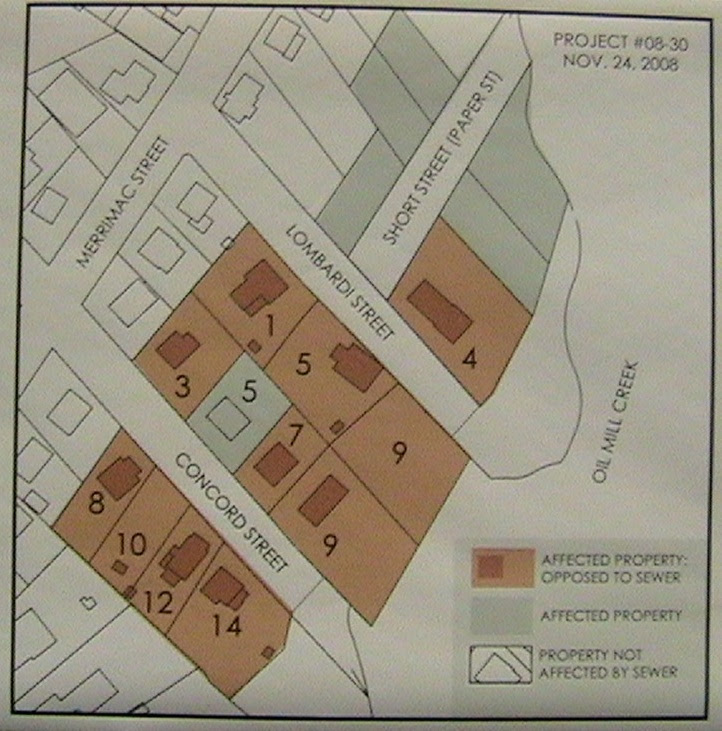 Let me stress the importance in this case. Again, having a neighborhood hook up to the sewer can be a good thing or a very bad thing depending on the circumstances. I won't get into the details as the conversation between the members of the council (especially comments from Phil Curran and Tom Saadi) definitely laid out the pro and cons associated with approving or denying a neighborhood request for a sewer extension.

Ultimately, due to the opposition from the neighborhood, as well as questions that couldn't be answered at the time of the public hearing, it was the recommendation of the committee that this proposal be sent to an ad-hoc committee for further review.

The following is footage of the ENTIRE public hearing, which not only included the proposal in question but also another water-related item which centers on an interlocal water connection agreement between Danbury and Bethel (I'm comment on this agreement could lead to problems in the future at a later time).

posted by ctblogger at 1:26 PM

Today marks the start of the 2009 Connecticut Film Festival season with over 30 films scheduled to be screened at the Bethel Film Festival.

Here's the lineup for tonight's kickoff:

"Meat The Truth" Friday 2:00pm Documentary Director: Gertjan Zwanikken & Karen Soeters, 73 mins Netherlands 'Meat the Truth' is a climate change film that pays attention to one of the most important causes of global warming: factory farming, a cause which was ignored in Al Gore's 'An Inconvenient Truth'.

"Beyond The Call" Friday 3:50pm Documentary - CTFF 2008 Award For "Best Director" and " Best Film With A Social Message" Director: Adrian Belic In a true-life Indiana Jones meets Mother Teresa adventure, three middle-aged men, former soldiers and modern-day knights, travel the world delivering life-saving humanitarian aid directly into the hands of civilians and doctors in some of the most dangerous yet beautiful places on Earth: the front lines of war.

"Begging Naked" Friday 5:25pm Documentary - Director: Karen Gehres 70 min - USA Against an unforgiving backdrop of homelessness and madness, Begging Naked follows 7-years of Elise Hill who had left her suburban New Jersey home in 1976 at the age of 15. Her home and artists studio are a building's ventilation shaft. Elsie's life spirals out of control through a life drug addiction and mental illness, stripping and prostitution. Eventually she leaves the self-expression of her painting, sculpting and jewelry making for a homeless life in Central Park.

"ELITE SQUAD" (TROPA DE ELITE) Friday 7:00pm Feature - CTFF 2008 Audience Award For "Best International Film" Director: José Padilha, 118 mins - An astonishing look at the notorious, volatile slums on the edge of the Rio de Janeiro, and the drug trafficking militias who control them. Brazil's elite BOPE force (State Police Battalion) combats drug trafficking, but keeping order has its price, and it can be difficult to distinguish right from wrong, and justice from revenge. Based on a true story.

"FUGUE" Friday 8:30pm Premiere After Party Following Director's Q&A At Pizzeria Lauretano - Director: Grant Rosenmeyer 52 min, Student Film 2008 - When high school boys doubt the faithfulness of their girlfriends, they call upon eccentric teen and aspiring private detective Hal Gordon. At the film's opening, Hal is hired to follow Adelle Julian. However, the assignment goes awry when she catches him in the act. After reading a report in the local newspaper, Hal begins investigating the mysterious death of Kerri Flanagan - a girl with a notorious reputation - who bears a striking resemblance to Adelle. What ensues is an investigation that leads the already fragile Hal down a twisting road of obsession, danger, and desperation... For A Few Marbles More (Voor een Paar Knikkers Meer) Director: Jelmar Hufen, 11 mins, Netherlands 2008 Four ten-year-olds are kicked out of their favorite playground by two aggressive drunkards. When they realize their parents are not going to help them, there's only one solution. They have to find a way to get the toughest boy in the neighborhood to help them.

Friday 9:15pm "The Other Side Of The Tracks" CTFF 2008 Award For "Best Cinematography" and "Best Soundtrack"
Director: A.D. Calvo - 105 minutes, Ten years after a tragic train accident killed his girlfriend, Josh (Brendan Fehr, ROSWELL, FINAL DESTINATION) finds himself haunted by disturbing visions from some -where between the world of the living and the dead-haunting memories that keep him from moving on. His buddy, Rusty (Chad Lindberg, SUPER-NATURAL, THE FAST & THE FURIOUS), back in town for their high school reunion, tries to wake Josh from his painful past, but a mysterious young waitress (Tania Raymonde, LOST) offers a seductive alternative.

posted by ctblogger at 7:39 PM

In order to stop the flood of emails I'm sure to receive, let me explain things again.

Recently, YouTube has updated this video service by updating this video player from the old 4X3 format to the new 16X9 widescreen format. This move is in advance of YouTube providing HDTV content on their service (actually, this is happening already but it's in beta mode).

Taking advantage of the new service, for now on, I will be shooting videos in the new format...and by next summer, I'll be posting videos in 1080 HDTV (OOOOH, I can't wait). Shooting in a high quality widescreen has MANY advantages online and I'm very happy that YouTube has finally realized that providing users for a way to post HTDTV videos in the wave of the soon-to-be future.
posted by ctblogger at 7:48 PM 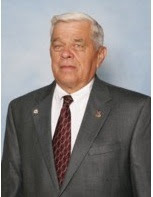 In taking this position, Johnson is forced to step down as a member of the Common Council (2nd district). The position will be vacant until the Republican Town Committee nominates someone to fill Johnson's position and that individual is approved by the Common Council.


What does Johnson leaving the Common Council mean in terms of the 2009 municipal elections? Could Johnson's stepping down turn into an opportunity for the Democrats to grab another seat and possibly break the 2/3 majority lock the Republicans currently have on the council?

Time will tell but in any regards, congrats to Johnson in his new role as Fire Marshall.

FYI: Just curious...how was it that after Johnson was appointed Fire Marshall (which was item 2 on the agenda) was he allowed to continue in his role as Common Council member and allowed to cast votes on the other items on the agenda?

UPDATE: You can view the News-Times video footage of Johnson's swearing-in ceremony by clicking here.
posted by ctblogger at 7:08 PM

You're doing a heck of a job Ted! 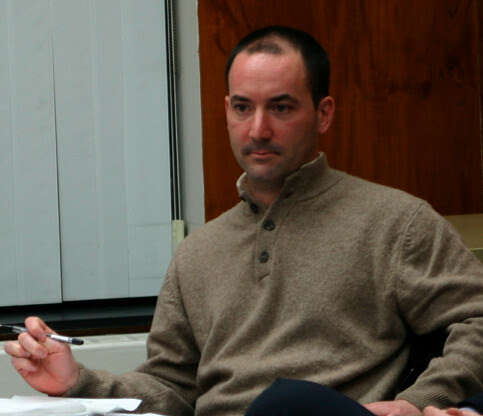 If you missed the live broadcast of the Common Council meeting last night, YOU'RE SCREWED because someone forgot to record the meeting for future broadcast on the city government channel.

Who would that be you ask? Well, it's no other than the mayor's right hand man Community Services Coordinator, Ted "you're doing a heck of a job" Cutsumpas.

Wait it gets better!

If you think the meeting will be broadcast on Danbury Live, DING, you're wrong. Since the city hasn't gotten around to finding people to man the equipment YET, they reached out to the producer of Danbury Live, for help. In doing so, John was unable to do his usual recording as he was manning the camera for the city's channel. Now, this wasn't a problem because TED WAS SUPPOSE TO HIT THE RECORD BUTTON IN THE PRODUCTION ROOM SO THE MEETING COULD BE RE-BROADCASTED ON THE GOVERNMENT CHANNEL.

After countless attempts to get the City of Danbury on board with the other communities in the area that broadcast their meetings on the government channel, it's apparently clear that neither Boughton or his pawns staff gets the message. Cutsumpas' latest screw-up is one in a LONG list of screw-ups from this administration ever since they forked over the money to get the channel established.

From faulty audio problems and failure of posting times when meetings are broadcasted, to not properly using the channel in emergencies and failing to understand the basics of broadcasting such as proper audio and the need for a second camera, after a year of the re-birth of the government channel, City Hall's dismissive nature of broadcasting meetings should be an insult to every resident of Danbury who demand transparency in our local government.
posted by ctblogger at 6:46 PM

Well, I'm still in the process of archiving my videos...I'll have this site back to full speed soon.

Now that my Thanksgiving break is over, here's a few things...


Well, I'm going back to archiving...tomorrow is going to be a busy day.
posted by ctblogger at 11:02 PM