Just heard from a friend that David W. Harple, who has been taking pictures for The News-Times for decades, passed away today after his long battle with cancer. David served many roles for the paper over the years, but most recently he was he chief photographer and coordinated the photo staff.

I don’t know any specifics, but friends of Dave know all too well how hard he had fought his awful disease for the past several years.

Dave was one of the most personable, friendly people I’ve met. He was always looking to spark a conversation.

In an age before Photoshop, and when one needed to have a knowledge of working in a darkroom, you always knew when you saw a photo from Dave in the paper as he had a way of catching an image. I'm so sorry to hear of his loss and my thoughts and prayers go out to Dave's family and friends during this time of mourning.

According to Whamond, the Harple family have established a website (Harple family fund) that's where you can make a contribution.
posted by ctblogger at 8:05 PM

posted by ctblogger at 1:36 PM 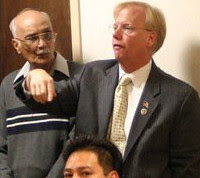 I guess when it comes to Gary Goncalves quote to the News-Times where he criticized the increase in bonding under the Boughton administration, the last honest man in Danbury does what he does best, takes to the low road while simultaneously offering smoke and mirrors.

Mayor Mark Boughton, who will be seeking his fifth term in office this fall, said Goncalves will have to do his homework "if he wants to be taken seriously."

Boughton added that many of the projects that have been paid for through bonding during his tenure, especially school projects, were reimbursed by the state at rates of between 50 percent and 70 percent. 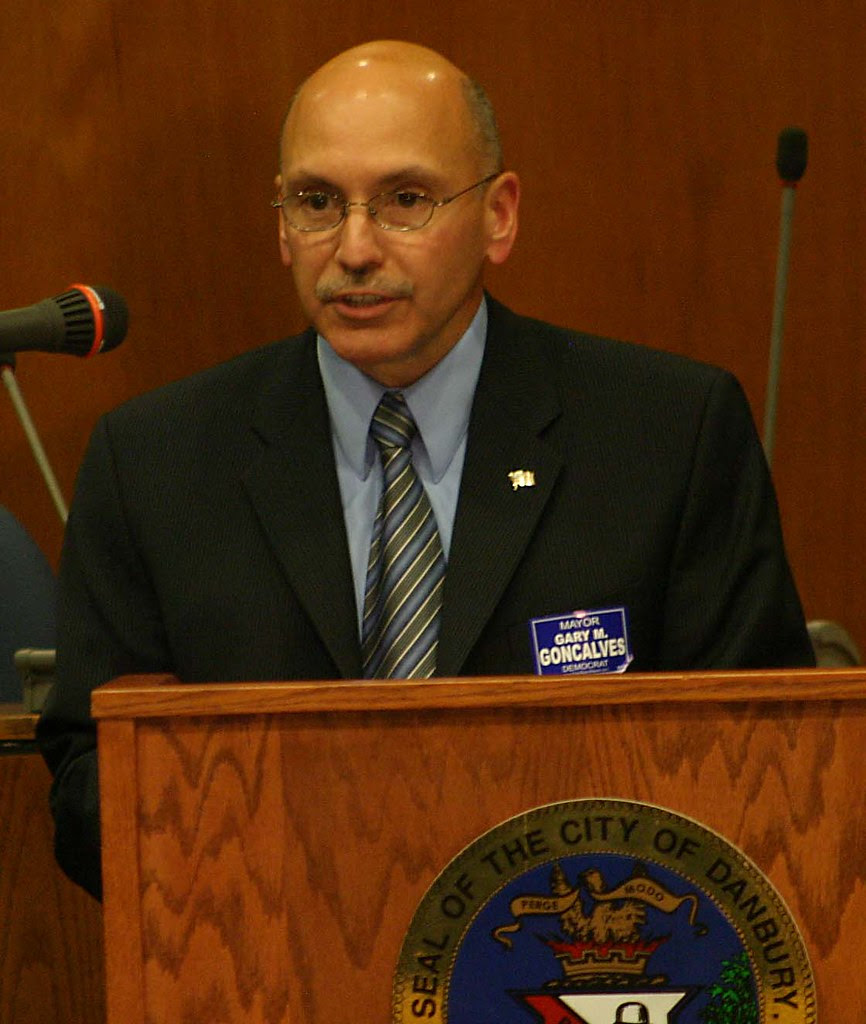 I have done my homework and my comments to the Newstimes were to make the point of this administration's penchant for excessive spending and "big ticket" bonding purchases and the associated costs were obtained directly from the City's Finance Director.

The public is again being intentionally misled by this administration as the taxpayers of Danbury incurred direct costs as a result of these large bonding issues, and, were reimbursed by the state for the rest, which means we're all still paying for this spending. Since the state budget looks to have a few billion dollar deficit, it seems that we'll all be paying for expenditures of this nature for quite some time.

Between Hartford and Danbury, Republican fiscal mismanagement will be taking its toll soon on Danbury and other communities around the state.

...this campaign season is going to be fun!
posted by ctblogger at 9:57 AM

Danbury Democrats pick Gary Goncalves as their choice for mayor

Yesterday at City Hall, members of the Danbury Democratic Town Committee held their caucus and endorsed their pick of candidates for this November's election.

Gary Goncalves will lead the top of the ticket as candidate for mayor while Lori Kaback takes a shot at becoming Town Clerk for a third term. Rounding up the ticket is Eileen Coladarci who hopes that three time is a charm as she runs again for the position of City Clerk. The party also nominated candidates for all the common council wards seats as well as Common Council at large, Constable, Zoning Commission, and Board of Education.

After the caucus, I caught up with Democratic Town Committee Joe DaSilva Jr. to get his comments regarding the slate.

While I'll update this post with a listing of all the candidates, I wanted to share with everyone video footage from last night's caucus from City Hall.

posted by ctblogger at 6:09 PM

As someone who attended most of the events at the CT Film festival, I think today's News-Times editorial is DEAD on.

That's how much the 2009 Connecticut Film Festival grew over last year's inaugural run in downtown Danbury.

But even the best numbers can be misleading.

A large number of those folks, however, were associated with the film industry, not necessarily movie fans from Greater Danbury snatching up tickets and signing up for volunteer duties.

For the Connecticut Film Festival to become a blockbuster, Greater Danbury residents need to support it with their time, their wallets and their civic pride.

But it's no longer a one-man show.

With more promotion and more community involvement, the Connecticut Film Festival could really pack them in.

Eventually, I'll get around to posting my remarks on the Film Festival (I'm holding back until I see the actual figures, as opposed to the spin numbers from the mayor's office). In any event, today's editorial highlights my biggest concern regarding the festival.

(FULL DISCLOSURE: I was a member of a panel at the CT Film Festival)
posted by ctblogger at 6:40 PM 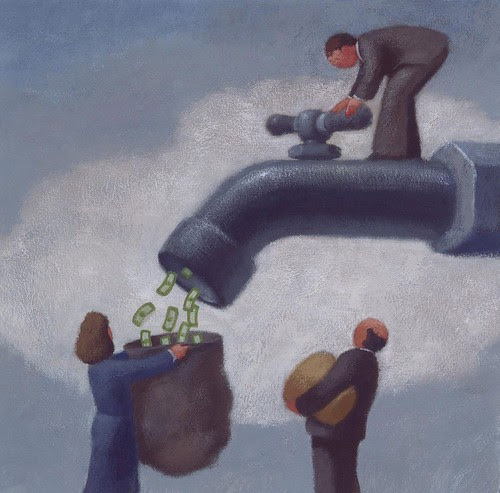 Well, it's that time of the year again...

July 10th marks the end of the 2nd campaign finance quarter...and you know what that means.

HatCityBLOG is your one stop place when it comes to analyzing Mayor Boughton's campaign finance reports. Since 2007, more than 300 readers have analyzed the mayor's money trail and reported back some interesting tidbits. Here's some goodies that werer found in the past.

• A family-owned immigrant newspaper, Tribuna, failed to disclose to the public (and it's readers) that they (and immediate family members) gave multiple campaign contributions to Boughton's campaign in from 2005 to present.

* (NOTE: although the in-kind advertising contribution was received on 10.10.05, Boughton's campaign did not disclose the contribution until after the election against then Democratic mayoral candidate Dean Esposito on 01.10.06)

On first glance, there's a number of very interesting contributions made to the mayor's campaign which we'll explore later. For now, download the file, examine the details, and let's work together to expose the ugly truth...get to WORK!

NOTE: The latest report will take a couple of minutes to download...be patient.

NOTE 2: There seems to be several broken links to several reports. I'm working on the problem now...

posted by ctblogger at 4:22 PM

Sorry for the lack of posts, I've been rather busy as of late. Doing research is a tedious affair since most Danbury-related material is not available on the computer, which leaves me with the painstaking task of coverting data from paper to electronic text (actually, it's now that hard if you know what you're doing...it's just TEDIOUS).

I'll be back to full speed soon...

UPDATE: Ugh, I feel like my eyeballs are going to fall out! Spent over five hours going over historical material but it was worth the agony.
posted by ctblogger at 11:00 AM

"All the time we put in was a waste of time"

In light of the proposed changes to Danbury's charter, take a look at what happens when government runs amok (and why the Board Selectman form of government sucks).
posted by ctblogger at 8:29 AM

posted by ctblogger at 3:59 PM 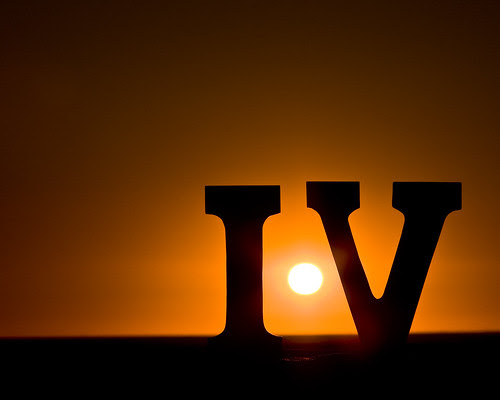 Today marks the "official" four anniversary of HatCityBLOG. If you told me four years ago that this site would still be around (as opposed to my first blog) I'd laugh at you.

I'd like to take this quick moment to thank YOU the readers for keeping this site alive. Without your support, this site would not be where it is today...in fact, to say that this site has grown over the last four years is an understatement.

Starting on July 19 2005, HatCityBLOG is one of the oldest (if not THE oldest) blog which is dedicated to covering a single municipality in the state and I'd like to think that newer blogs which cover local politics were influenced in some way by the content on this site.