posted by ctblogger at 7:22 PM

This unbelievable racist rant from Dr. Laura Schlessinger was broadcast on August 10th.

On August 10, Dr. Laura Schlessinger launched into a racially charged rant, during which Schlessinger -- in her own words -- "articulated the 'n' word all the way out -- more than one time." Among other things, Schlessinger also told an African-American caller that she had a "chip on [her] shoulder."

SCHLESSINGER: Jade, welcome to the program.

CALLER: I'm having an issue with my husband where I'm starting to grow very resentful of him. I'm black, and he's white. We've been around some of his friends and family members who start making racist comments as if I'm not there or if I'm not black. And my husband ignores those comments, and it hurts my feelings. And he acts like --

SCHLESSINGER: Well, can you give me an example of a racist comment? 'Cause sometimes people are hypersensitive. So tell me what's -- give me two good examples of racist comments.

CALLER: OK. Last night -- good example -- we had a neighbor come over, and this neighbor -- when every time he comes over, it's always a black comment. It's, "Oh, well, how do you black people like doing this?" And, "Do black people really like doing that?" And for a long time, I would ignore it. But last night, I got to the point where it --

SCHLESSINGER: I don't think that's racist. No, I think that --

SCHLESSINGER: No, no, no. I think that's -- well, listen, without giving much thought, a lot of blacks voted for Obama simply 'cause he was half-black. Didn't matter what he was gonna do in office, it was a black thing. You gotta know that. That's not a surprise. Not everything that somebody says -- we had friends over the other day; we got about 35 people here -- the guys who were gonna start playing basketball. I was going to go out and play basketball. My bodyguard and my dear friend is a black man. And I said, "White men can't jump; I want you on my team." That was racist? That was funny.

CALLER: How about the N-word? So, the N-word's been thrown around --

SCHLESSINGER: I don't get it. If anybody without enough melanin says it, it's a horrible thing; but when black people say it, it's affectionate. It's very confusing. Don't hang up, I want to talk to you some more. Don't go away.

SCHLESSINGER: I'm Dr. Laura Schlessinger, talking to Jade. What did you think about during the break, by the way?

CALLER: I was a little caught back by the N-word that you spewed out, I have to be honest with you. But my point is, race relations --

SCHLESSINGER: Oh, then I guess you don't watch HBO or listen to any black comedians.

CALLER: But that doesn't make it right. I mean, race is a [unintelligible] --

SCHLESSINGER: My dear, my dear --

CALLER: -- racism has come to another level that's unacceptable.

SCHLESSINGER: Yeah. We've got a black man as president, and we have more complaining about racism than ever. I mean, I think that's hilarious.

CALLER: But I think, honestly, because there's more white people afraid of a black man taking over the nation.

CALLER: If you want to be honest about it [unintelligible]

CALLER: It was the younger generation that did it. It wasn't the older white people who did it.

CALLER: It was the younger generation --

SCHLESSINGER: Chip on your shoulder. I can't do much about that.

SCHLESSINGER: Yeah. I think you have too much sensitivity --

SCHLESSINGER: -- and not enough sense of humor.

CALLER: It's OK to say that word?

SCHLESSINGER: It depends how it's said.

SCHLESSINGER: It's -- it depends how it's said. Black guys talking to each other seem to think it's OK.

SCHLESSINGER: Oh, I see. So, a word is restricted to race. Got it. Can't do much about that.

CALLER: I can't believe someone like you is on the radio spewing out the "nigger" word, and I hope everybody heard it.

SCHLESSINGER: I didn't spew out the "nigger" word.

SCHLESSINGER: Right, I said that's what you hear.

CALLER: Everybody heard it.

SCHLESSINGER: Yes, they did.

CALLER: I hope everybody heard it.

SCHLESSINGER: They did, and I'll say it again --

CALLER: So what makes it OK for you to say the word?

CALLER: So what makes it --

SCHLESSINGER: Why don't you let me finish a sentence?

CALLER: I know what the NAACP --

SCHLESSINGER: Leave them in context.

CALLER: I know what the N-word means and I know it came from a white person. And I know the white person made it bad.

And what I just heard from Jade is a lot of what I hear from black-think -- and it's really distressting [sic] and disturbing. And to put it in its context, she said the N-word, and I said, on HBO, listening to black comics, you hear "nigger, nigger, nigger." I didn't call anybody a nigger. Nice try, Jade. Actually, sucky try.

We have to be able to discuss these things. We're people -- goodness gracious me. Ah -- hypersensitivity, OK, which is being bred by black activists. I really thought that once we had a black president, the attempt to demonize whites hating blacks would stop, but it seems to have grown, and I don't get it. Yes, I do. It's all about power. I do get it. It's all about power and that's sad because what should be in power is not power or righteousness to do good -- that should be the greatest power.

Although this moron has since apologized for her remarks, in light of this unbelievable rant, someone should ask WLAD why they continue to broadcast this nut on their airwaves. 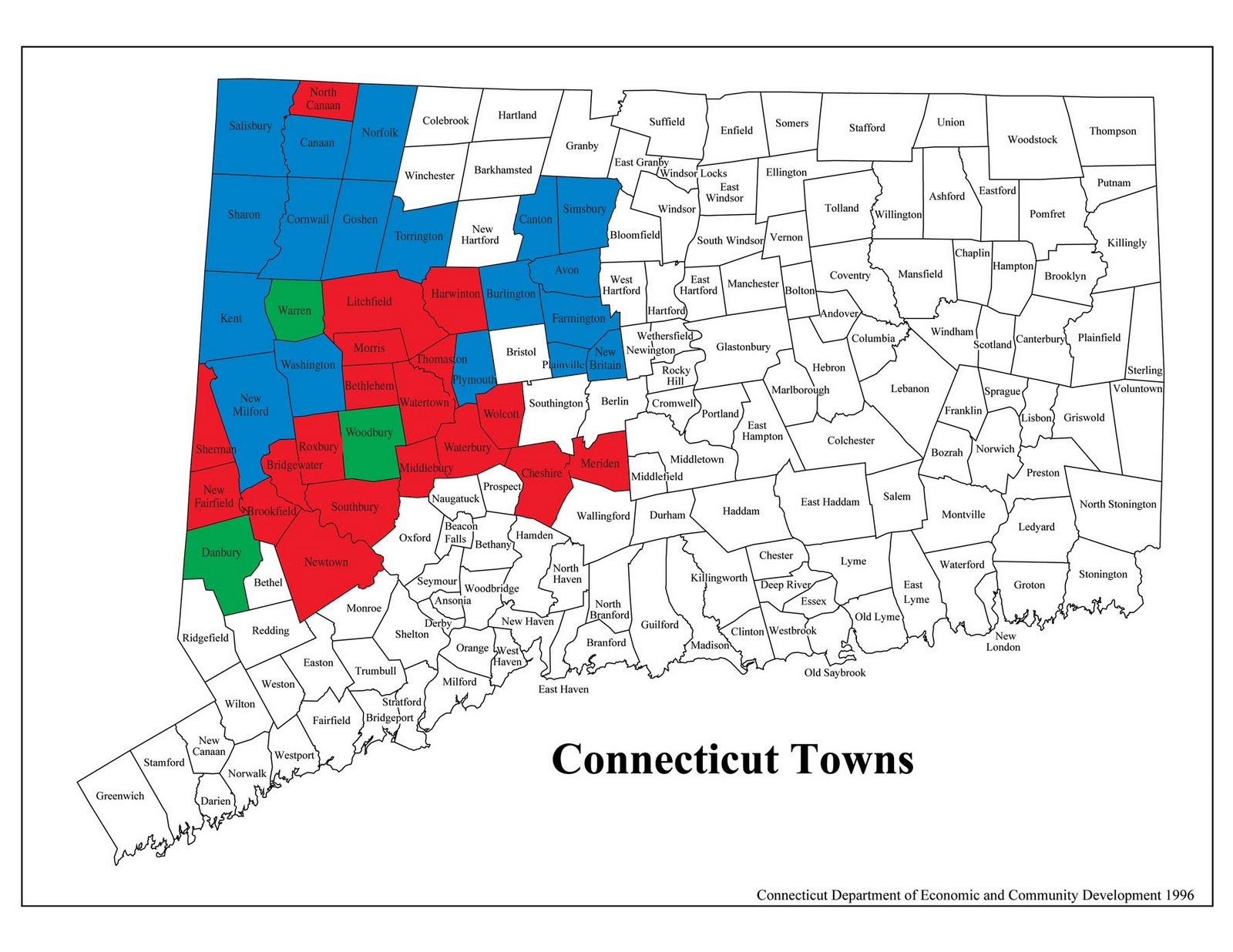 ...the state will learn about the skeletons in this man's closet.
posted by ctblogger at 8:59 AM

I'll be spending the day reporting on primary day activities for My Left Nutmeg. Make sure to come over and follow the live blog!
posted by ctblogger at 11:24 AM