...wait till you get a load of the coming attractions.

The superintendent's proposed $187. 6 million spending plan for 2011-2012 has no surprises. It maintains services without adding new programs, school board members said.
The plan serves the needs of the city's 10,100 students and the board doesn't expect to make major reductions until the city makes its allocation.
But Danbury Mayor Mark Boughton said Friday he was sure there would not be money for the $4.7 million or 4.1 percent increase over current spending.

If you recall, last year the board recommended a 3.81 percent increase which was dead on arrival by the time it was presented to the mayor and city council. Instead, the council gave the board of ed a 1.79 percent increase, which resulted in some rather drastic cuts in school services, which included the accelerated closing of Mill Ridge Intermediate School, the elimination of paraprofessionals in elementary school, and well other cuts in services.

Needless to say that last year's budget allocation from the city council resulted in hardships at the schools, which are reflected in the number of teachers and parents expressing their concerns towards the board of education about the state of school system over the past year.

One board member sums up the attempt to decrease school's budget proposal...

"If we have to cut more, we'll have to cut into the classroom," she said, "and I don't know how the teachers will be able to do what they have to do."

I have the feeling that this year's wrangling over the education budget is going to make last year's battle look like child's play.

MUCH more later.
posted by ctblogger at 11:42 AM

posted by ctblogger at 2:29 PM

posted by ctblogger at 8:59 AM

Here's a picture taken on Sunday of a buried fire hydrant in front of the Palace Theater on Main Street...unacceptable

I know I've already talked about this subject but this is VERY serious.

I can not stress how important it is for residents to take the time and clean around fire hydrants when cleaning snow from their driveways. It shouldn't take public humiliation or photographers snapping pictures of problems in the city for people to do the right thing.

First off, if a hydrant becomes buried in snow, firefighters will have a difficult time locating the buried hydrant during a fire when every second counts.

Second, if you don't clean around a hydrant right after a snow storm, as tie goes on the snow around the hydrant will harden and make clearing all the more difficult for firefighters.

Third, if you live near a hydrant, you're only hurting yourself and your neighbors when firefighters waste time clearing around a hydrant during a fire.

In short, you're PLACING LIVES AT RISK when you don't properly clean around a fire hydrant...which is exactly what happened yesterday in at a condominium complex fire in Branford.

Again, you shouldn't need city officials to tell you to clean the hydrants...common sense should tell you to do the right thing...
posted by ctblogger at 8:47 AM 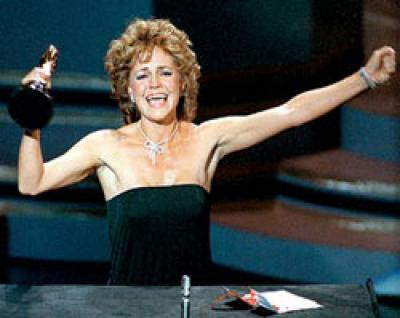 I've never been good at responding to people who compliment my work here at the site. I don't know, I just feel strange when someone I don't know say "hey, I love your stuff on that blog" or something like that.

With that being said, I really love it when fellow reporters give me props for my work because they, more than anyone else, knows how hard it is to keep a site like this going.

Recently, Danbury's AMAZING art, news and entertainment site "The Mercurial" added your truly in their 325 project, a year-long compilation of 325 "things" that are great about the Greater Danbury area.

Al Robinson, a.k.a. the Hat City Blogger, has been Danbury's tireless watchdog for nearly six years. He's unafraid of making enemies, saying what he thinks or stating the facts. He rides Mayor Boughton like a seasoned cowboy and regularly reams out City Clerk Jean Natale for reported incompetence and racism. Robinson also consistently points out subpar reporting in the mainstream media and has a camera at all the right moments.

He knows how to have fun too – his harsh criticisms are often paired with hilarious quips – and his design work will make you laugh out loud. He also posted video footage of one of the recent snowstorms hour by hour, straight through the wee hours of the morning. Check out his Star Wars-themed ode to the Jets, too.

Some may call him renegade, but the Hat City Blogger is a crucial community voice. Robinson can be found at most city meetings, local events, filming an episode of locally broadcasted "Progressive Soup" or refueling at Nico's with his daughter, video camera in tow.

A REALLY big thanks goes out to The Mercurial's incredible Founder/Publisher/Editor Amanda Bloom. If you haven't already, show Amanda some love by visiting The Mercurial website OFTEN, it's truly a rare gem to have a such a great source of media in Danbury!

For a bonus, can anyone break down the degrees of separation between the now defunct Hat City Press and The Mercurial? For those in the know, the answer is a no-brainier.
posted by ctblogger at 8:46 PM

Pitt is in my way

Don't bother me about anything related to Danbury or blogging today...I'm off the grid until tomorrow.

The day after: Oh well...three weeks till pitchers and catchers report to spring training. Go Mets!
posted by ctblogger at 12:03 PM