See you on the other side 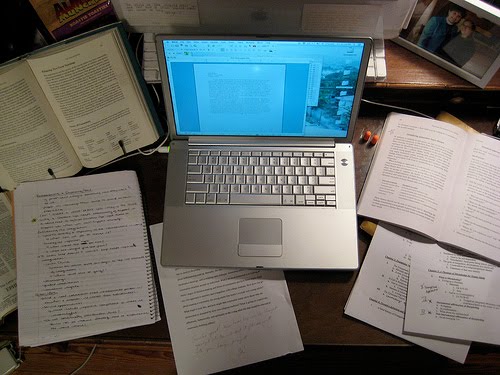 Okay, I'll be signing off for a few days. My senior thesis paper due date is fast approaching and I need to lock myself in my house and shut off the world till next week.

I might post something real quick if I'm in writer's block mode but for the most part I'm off the grid.

posted by ctblogger at 1:58 AM

No water at Broadview School (and it wasn't closed)?

Sources informed me today that there was no water at Broadview Middle School from 8:30 AM till early afternoon yet the school remained open...

UPDATE: Whoa, well that was one hell of a spike in traffic!

Sorry folks but I'm knee deep in writing a 25 page senior thesis paper so I didn't have the time to do a full follow-up yet. The News-Times and Patch grabbed the ball and ran with the story and you can read their take on what happened (here and here).
posted by ctblogger at 2:11 PM

Today, the American Postal Workers Union released a statement in opposition to the closure of the post office on Main Street.

According to sources, the union will be working on getting the word out to residents regarding the upcoming public meeting on the post office closure.

Press release from the state board of ethics:

Donald Stitt of Danbury, CT paid a $400 civil penalty for violating the Code of Ethics by entering into two contracts with the state valued at amounts over $100. Neither contract was awarded through an open and public process, as required by the Code of Ethics.

According to the stipulation and consent order finalized on April 26 with the Office of State Ethics (OSE), Stitt, who is married to a full-time faculty member of the Theatre Arts Department at Western Connecticut State University (WCSU), entered into contracts with WCSU in July of 2009 and 2010. The contracts, valued at $300 and $500 respectively, were for Stitt’s services in running workshops for the Master’s in Fine Arts program. Neither of the two contracts was awarded through an open and public process.

Connecticut law prohibits a state employee or an immediate family member of a state employee from entering into any contract with the state, valued at one hundred dollars or more, unless the contract has been awarded through an open and public process.

“To prevent public employees from having an inside track, either in appearance or actuality, the Code of Ethics requires all but the smallest state contracts to be awarded through an open and public process,” said OSE Executive Director, Carol Carson.

2006 BUDGET FLASHBACK: Ad-hoc committee on the creation of the Ives Authority

In honor of the continued city funding of the Charles Ives Authority, from 2006, here's footage of the ad-hoc committee assigned to created the group...and the list of promises made by the mayor that were later broken.

There will be a quiz later... 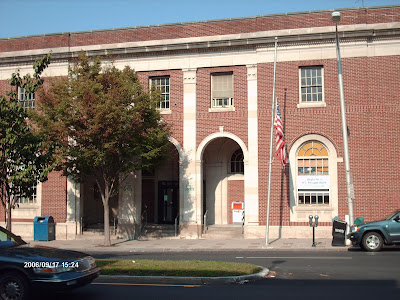 The recently announced community meeting on the closure of the post office on Main Street has sparked a backlash of criticism. At issue is the time in which The United States Postal Service agreed to hold the hearing, which is set for May 4th at 5PM...an inconvenient time for most people and business owners who work during the day.

One of the most outspoken critics of the proposed closure of the post office closing has been City Council Minority Leader Tom Saadi and this afternoon, I had to chance to talk to the Councilman about his objections to the meeting's schedule time.

Council Dems speak out in support of Main Street Post Office
posted by ctblogger at 5:59 PM

On Saturday, the City Council Democrats issued a press release where they expressed concerns about the lack of information regarding the US Post Office public hearing.

While encouraged by the Post Office’s statement that residents will have their say when the USPS holds a hearing in April or May about the future of the Main Street post office, City Council Democrats are concerned with the fact that the USPS has provided little information about the hearing.

“As we approach the end of April I have yet to see any specific information about the meeting and remain concerned that residents and businesses most impacted by a possible post office closure will not have the opportunity to be heard.” Stated City Council Minority Leader Tom Saadi continuing “We need specifics now regarding the where and when for the meeting and to see the plan for the Post Office to get the word out to those most affected by the possible closure.”

Saadi and other Council Democrats who live only minutes from downtown and represent Wards with many residents and businesses that rely on an official US Post Office Downtown, never received the recent postal survey. A fact of concern to them as it means that many people affected by possible closure were not included in the survey.

Why do I have the feeling that Mr. Honesty's latest blog posting is not a coincidence...
posted by ctblogger at 12:16 PM

Now if we died with Christ, we believe that we will also live with him. For we know that since Christ was raised from the dead, he cannot die again; death no longer has mastery over him. The death he died, he died to sin once for all; but the life he lives, he lives to God. In the same way, count yourselves dead to sin but alive to God in Christ Jesus.
posted by ctblogger at 10:53 AM