posted by ctblogger at 6:37 PM

Tonight on the local access show "The Marty Heiser Show" former First Selectman for Bethel Bob Burke will talk about his campaign as well as take calls from the public. I will post the interview online tomorrow morning.

Make sure to tune in Comcast cable channel 23 tonight at 9PM...

UPDATE: Unfortunately I was unable to ask all my questions (which include allegations that the Tea Party movement in the state is not affiliated with the CT TEA Party Political Party. Also, Burke and Bob Crnic made several statements about the current administration which will need to be verified and I will write about in future posts.

Burke will be available for future interviews and I'm hoping that the Democratic and Republican candidates will appear on the show as Bethel's "silly" campaign season goes into ramming speed.

On behalf of everyone at the show, I'd like to thank Burke and Crnic for coming on the program...

UPDATE 2: On the Bethel Buzz, First Selectman Matt Knickerbocker responded to one of the allegations referenced by Burke and Crnic last night.

Thank you for your email. I’m glad to have an opportunity to set the record straight. It is very unfortunate that just because we have an election coming up, some political candidates are using this as a means of spreading distortions about a project that continues to benefit the town.

Let me assure you that no one, neither the town, any town employee nor any private business owner has broken the law. Nor has any business owner, in this case the owner of Bethel Cycle, derived a benefit at taxpayer expense. Quite the opposite, in fact. It is the town that has benefitted the most from this arrangement, since the owner of the shop has covered all of the costs of renovating a building he can use, but will never own.

Here are some facts:

The resurfacing of the parking lot was paid 100% by rent payments by the previous tenant (an art gallery that ceased business s a few years ago), as required by the Department of Transportation deed. Not one penny of Bethel tax dollars was used.
Use of both the old train station and the new one are restricted by the Department of Transportation. All monies collected from leases and parking fees (as with the new station) must be kept in separate accounts and can ONLY be used for upkeep of the property. This is how the town can reduce the workload on our town crews by using contractors to plow the old station lot in the winter, using the rent money collected from the business, as well as possible future improvements to the municipal parking lot.

As mentioned above, the business owner of Bethel Cycle paid all the costs of renovation. He obtained, on his own, a small business loan to do so. Neither the town nor me as First Selectman had anything whatsoever to do with that loan. There is no kind of personal guarantee by me or the town on that loan. There is no collateral that would cause the town to lose its property in the event the business owner defaulted.

In effect, this private business “fronted” 100% of the money needed to fix the train station, rather than have the taxpayers pay for it. Not only is there nothing wrong with this arrangement, it is almost exactly the same as the lease that Bob Burke, the former First Selectman, negotiated with Daily Fare, the food service tenant who leases space at the new train station. In that case, the business is actually allowed to deduct 100% of the rent while the cost of the commercial kitchen is being repaid. Meaning, of course, the business has not paid a penny in rent since opening in 2008.

I have no problem with this, and I am not criticizing it. But it is more than hypercritical for any political candidate to irresponsibly accuse me personally or anyone else in town government of criminal activity.

posted by ctblogger at 6:58 PM

Just learned that earlier today, developers of a proposed septic treatment plant on Beaver Brook Road withdrew their petition to the Planning Commission.

With nonchalance belying the importance of the announcement, the Planning Commission simply stated that a letter had been received from Collins, Hannafin and Garamella, attorneys for Coffey Environmental Solutions, dated August 17, that said, “On behalf of the applicant in the above referenced matter, please be advised that the application is hereby formally withdrawn.”

Santo Straino, another resident, was also thrilled, “At least they knew everybody was against it. I was worried that they might do okay in the beginning, but once they were in there, it's all over. They could do anything they want.”

Most of the residents felt a sense of empowerment and amazement that they had actually made a difference. “If nobody went to these meetings, this never would have happened,” said Straino. “The neighborhood took control.”


As I always said, when it comes to development that you don't approve, people can make a difference by simply voicing their displeasure when the proposal is presented to the land-use boards.
posted by ctblogger at 8:19 PM

THE CASE AGAINST JOHN McGOWAN: Defiant McGowan speaks out on court decision 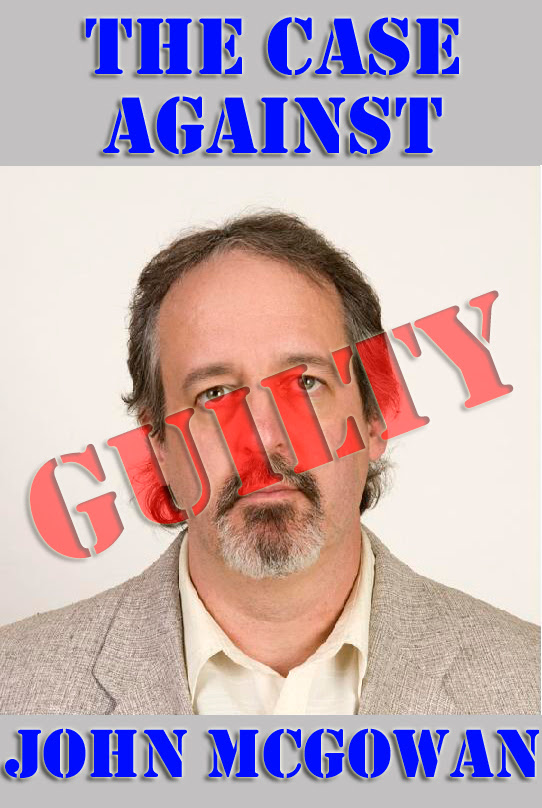 A day after being released on bond, speaking on his local access show, a defiant John McGowan commented on his recent rape conviction...

McGowan stated in court that he would appeal the jury's ruling against him and is scheduled for sentencing on October 21.
posted by ctblogger at 1:18 PM