posted by ctblogger at 8:05 PM

UPDATE 5:10 PM: WARNING: Elements of this case are somewhat graphic in nature. After much consideration, I decided to detail the case against Grant because this is a situation where a person in a position of authority as a mentor for troubled youth for several well-known organizations in Greater Danbury abused his power. Adults trusted this individual with children and unfortunately, Grant's acts probably resulted in some of the most vulnerable young members of our community being scarred for the rest of their lives. As a community, we need to fully understand what happened to these minors so we can make sure that cases like Grant's will never happen again. The following post is a combination of notes taken at today's hearing, extracts from the police warrant, and information obtained from the state's judicial website.

Okay, here's a inside look at what happened at today's hearing. This is my nest recount of what transpired today...

Around 11:30AM Troy Grant is brought from lockup to the courtroom. Dressed in an orange jumpsuit and the hearing begins with list of counts involved in plea margin being read by State Attorney prosecutor Sharmese Hodge.

After counts are read, court clerk reads the docket number (DBD -CR10-0137755-S), goes through each count mentioned by the prosecutor, and ask Grant for his plea. With his attorney Angelica Papastavros by his side, in a clear voice Grant responded with "guilty" to each of the counts.

After pleading guilty to each of the charges, prosecutor Hodge goes through the history of the case. This is the best transcript I could do from my notes…I also used Grant's police warrant report as background in order to fill in any blanks I missed since most of the prosecution's presentation can be found in the report (WARNING: VERY graphic details).

The investigation started on 01.19.10 with Danbury PD receiving a 737 (notification of suspected abuse). An anonymous call was made to the DCF hotline regarding sexual abuse by Troy Grant committed with two boys who he had in his custody. Another call was made by an individual who also stated that also stated that Grant was having inappropriate sexual relations with the two minors.

An investigation was conducted that indicated the minors came from hardships prior to living with Grant (e.g., one minor was previously in a detention center) and that nature of the relationship centered on Grant was providing the minor room and board as well as other items of assistance in exchange for the minors allowing Grant to perform sexual acts on them.

The individual who called to complain about Grant assisted the Danbury PD by placing a call with one of the minors who admitted to having sexual relations with Grant. Danbury PD asked the minor to come to the police station and offer a statement. The minor was dropped off at the police station by Grant. After a statement was given by the minor, Grant came into the station and also provided a statement to the police in which he detailed the sexual acts he did with the minor. Grant described at least five acts he did with the minor.

Danbury PD interview other minors (Doe 2, 3, 4) who also described Grant's offers of performing oral sex on them in exchange for goods. In one case, one minor asked Grant for 30 dollars and Grant replied "I'll give you 30 dollars if you let me perform oral sex on you."

Another minor (Doe #7,a member of Pathways) described an incident where he was stripped of his clothing, and placed in a towel short at someplace where Grant was chaperoning and placed into a shower. The minor reported the incident to his father and while at a Superbowl party where Grant was chaperoning he was assaulted by Grant and the minor thought it was in retaliation for him informing his father about the previous incident.

In another incident, another minor from Pathways described to police an incident where Grant inquired into the size of the minor's penis and propositioned him for oral sex. When the minor stated that he did not know the size of his penis, Grant stated that if he could put his mouth on it, he could make it hard and then you could measure it.

Prosecutor stated that Grant was a executive director of Pathways Danbury, as well as an advisor to the youth minister at New Hope Baptist Church, a member of Younglife, and a member of the Harambee Center. Each of the organizations are geared towards mentoring and helping troubled youth in the community. These organizations are places in which Grant focused on locating the most disenfranchised minors in the Greater Danbury community and abusing the kids in exchange for offering them help.

The prosecution then detailed the plea offer which involves jail time that will no less than 12 and no more than 20 years in jail with 30 years probation and a life time registration as a sex offender (originally, Grant faced up to 100 years in prison). Afterwards the judge asked Grant a series of questions that centered on him understanding that by accepting the plea deal, he's withdrawing his right to a trail by how peers. Grant's most animated moment came when the judge asked him "Are you pleased with the performance of your attorney" at which point Grant responded "very much so" (Grant's previous attorney Jim Diamond requested to be removed from the case citing that the "attorney-client relationship has broken down irretrievably," and Grant "failed to honor the retainer agreement" signed when Grant hired him in early February).

After the judge asked Grant a series of questions in order to make sure he understood the requirements of the plea deal, a PSI (pre-sentance investigation) was ordered and that the case would be continued to November 2nd at 9:30 where the prosecution and defense will make their argument regarding the length of Grant's sentencing. Speaking after the hearing, Grant's defense attorney Papastavros had this to say about the plea.

"I don't think this was an offer my client should have turned away from," said Papastavros. "Mr. Grant is now in a position to put this behind him and move on with his life. It's a good deal for my client."


Seeing that Grant faced 100 years in jail and that he rejected two previous offers, he should consider himself lucky that his attorney was able to get this deal that could have him back in the streets before his 60th birthday. 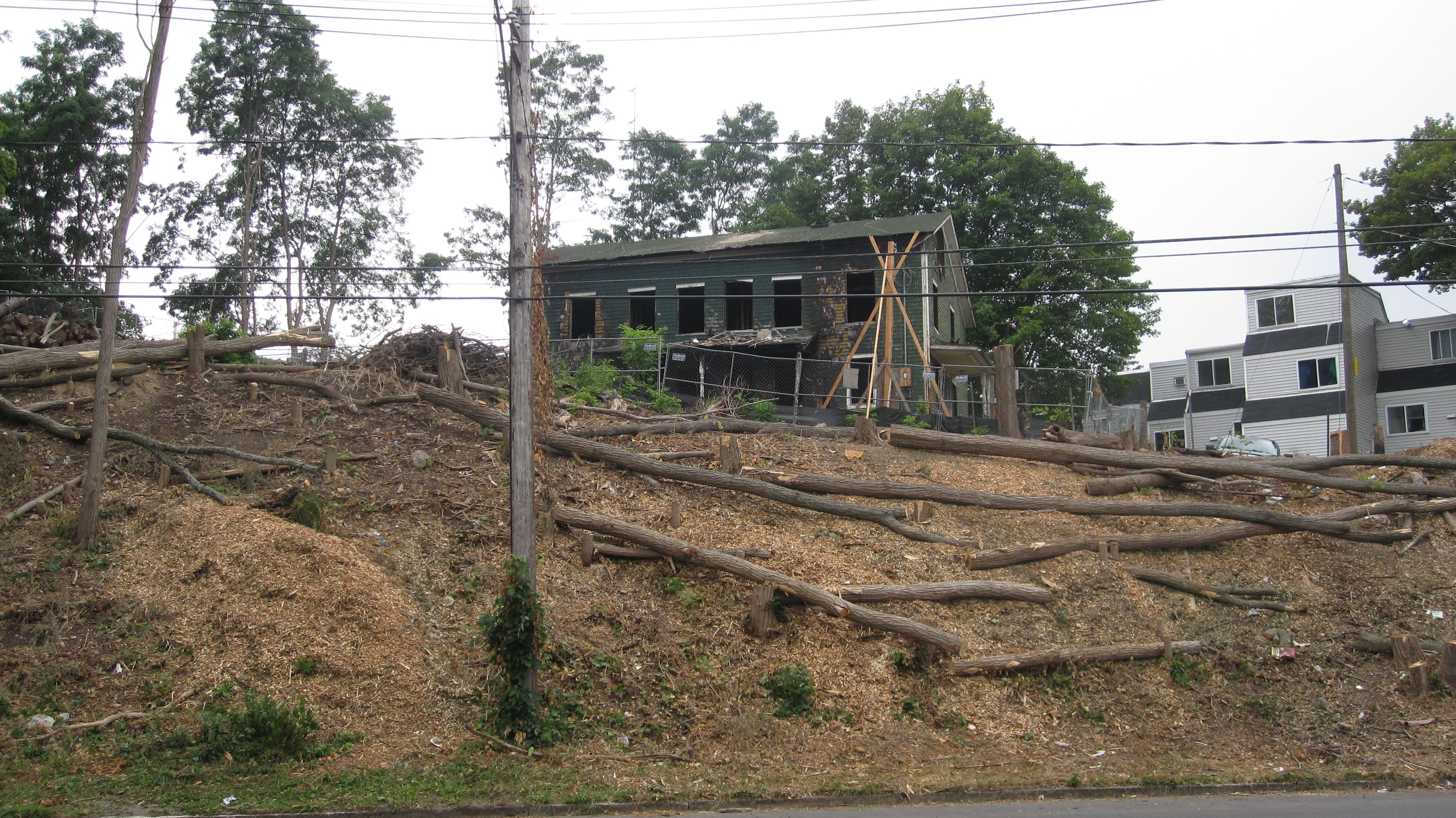 HatCityBLOG: What's with the clear-cutting on Kennedy Ave?

NEWS-TIMES: Danbury to investigate clear-cutting of trees on city-owned property.
posted by ctblogger at 12:38 PM

From last week, here's the city council discussion and approval of funding for freshman sports.


...for those who read about the meeting of the minds between yours truly and the mayor, here's the video of the rare encounter.