FLASHBACK: Trombetta watch is in effect

UPDATE: I'm currently in possession of legal documentation which will show that Republican City Councilman Charles Trombetta LIED to the News-Times on several occasions regarding his possible move from the 2nd ward. Post to come tomorrow on Monday Tuesday morning!

In honor of the multitude of lies Charles Trombetta told the News-Times regarding his well known bolt from Danbury, here's a flashback post I did on the 2nd Ward Councilman's disgraceful political move to keep the seat in the GOP hands.

"Hello Supreme Ruler Mark, it's your buddy Chucky the pawn.

Since I won my election, can I get your blessing and complete the closing on my house and move out of the second ward?

Word on the street is that fresh from his election win, 2nd ward councilman Charles Trombetta has his bags packed and is in the process of bolting from the second ward. Several people have alleged that Trombetta sold the house some time ago and intentionally put off the closing of his place until after the election for political purposes.

Why would he run for council in the second ward if he planned on moving in the first place? Well because it's easier for Boughton to secure the seat for his purposes if Trombetta ran for office, won re-election, abruptly quit the council after his win, and place a new rubber-stamp pawn in the seat, as opposed to having Trombetta do the right thing and not run for re-election and risk losing the seat to the Democrats.

The over under in Trombetta announcing his exodus from the 2nd ward and being replaced by another Boughton kiss-ass is Christmas...trust me, take the under.

...politics over people my ass.

posted by ctblogger at 4:51 PM

Email reveals education budgetary problems between mayor, city council and board of ed

In advance of today's education budget workshop meeting here's an email Mayor Boughton sent to members of members of the city council, and School Superintendent Sal Pascarella and Kim Thompson, Director of Human Resources & Counsel to the Board of Education.

The letter is regards to confusion on the mayor's part regarding salaries and health benefits figures within the recent teacher's contract that was presented to the council earlier this month.


I have just reviewed the proposed education budget. I am confused about the health benefits and salary adjustments line items. When I presented the new teachers contract to the City Council I shared with them your estimates for costs to the taxpayers.


Apparently I was either misinformed or there has been a problem with the estimates. It was relayed to me the costs for the contract for salary adjustments and benefits would be an additional $400,000 in year 1 and an additional $800,000 in year 2. Those are approximate numbers. Based on your spread sheet, you are showing a combined increase of almost $4 million dollars to just fund health care and raises for staff.


In fact when I questioned the salary adjustments, I was assured that changes to the health care plan would help offset the increases to salaries.


Needless to say given the current financial conditions of the city, I would not count on anywhere near the amount outlined in the budget and I would make preparations to explain how the contract cost escalated to almost 4 million dollars.

I guess the education budget fiasco is off and running...
posted by ctblogger at 3:02 PM 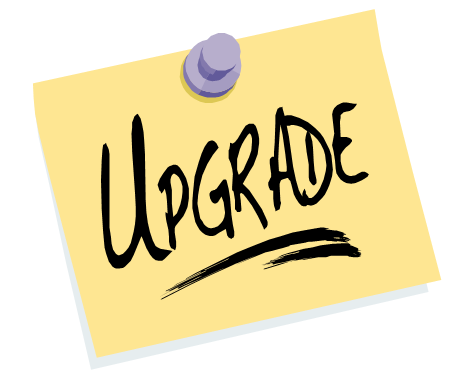 I'm taking a small break to do some LONG OVERDUE updates to the site. It's been a long time since I tweeked the site's code and I need to re-arrange things.

Don't worry if you see things on the site go wacky...it's just me moving stuff around.