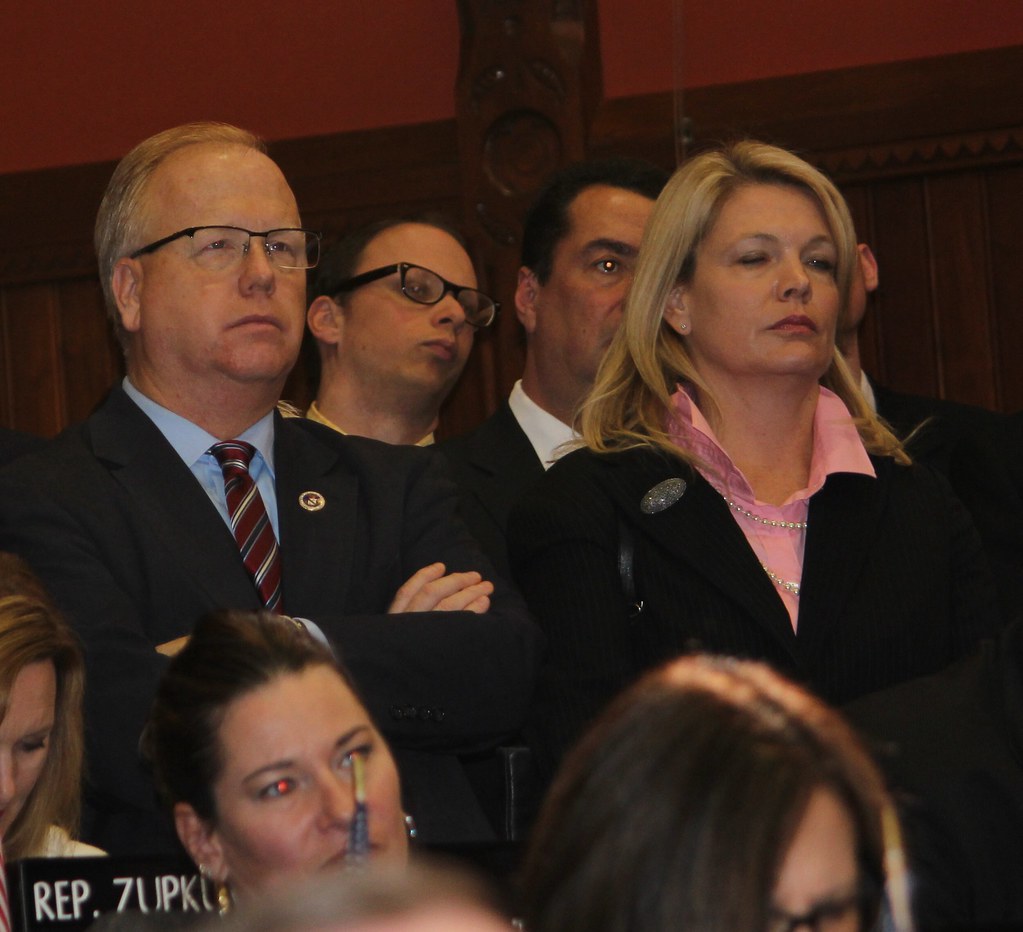 Today, the Hartford Courant columnist Kevin Rennie gleefully wrote the obituary for Mark Boughton's laughable campaign for governor and provided his readership a glimpse of the behind-the-scene details regarding the real reason behind the breakup between Danbury's part-time mayor and his former running mate Heather Somers.

Meanwhile, the week brought an end to Danbury Mayor Mark Boughton's five-year quest to become governor. Boughton's decision to withdraw from the Republican primary race was a merciful one, saving him further embarrassment in a campaign marked by little other than missteps.

Boughton could not raise the $250,000 in small contributions required to qualify for $1.4 million in public financing for the August nominating primary. The first running mate he thought would help him reach that crucial threshold, Heather Bond Somers of Groton, decided to go it alone after getting to know Boughton on the campaign trail.

Rumors of Somers being turned off and appalled after learning the REAL Mark Boughton's short-tempered, arrogant persona has been circulating around the political watering hole for some time...and given this mayor's past examples of his public hissy fits, it's fair to say that Rennie's assessment is accurate.

As a parting shot, Rennie also had this to say about Boughton's pathetic inability to mobilize people to his cause although he's been running for governor for the last five years!

Boughton's substitute ticket mate, Shelton Mayor Mark Lauretti, was unable to collect the 8,000 signatures he needed to get on the primary ballot. That failure showed there was little heft to the Boughton-Lauretti ticket. Both Boughton and Lauretti have been in politics for many years. Their inability to deploy loyal volunteers to collect the signatures to get Lauretti on the ballot and keep Boughton in the race suggested neither understands the imperatives of surviving the crunch.

Boughton withdrew from the race Wednesday afternoon and endorsed the candidate he is known to disparage often: Tom Foley. Boughton was Foley's 2010 running mate, and each got a heaping dose of the other. That was ignored Wednesday as Boughton's prospects in state politics were laid to rest.

From his inability to raise his name recognition (although he's been running for governor for the last five years), his inability to keep his short-tempered, arrogant true colors in check, his now famous ability to flip-flop on any issue for political purposes, and the fact that Danbury's most dishonest elected official is out of his league when it comes to running for state-wide office, from the moment Boughton decided to throw his hat back into the race for governor his campapign was doomed.

When it comes to your failed and pathetic campaign falling to pieces, Boughton only have himself to blame.

posted by ctblogger at 9:52 AM