Today is a sad day for journalism in Danbury

Today is a very sad day for journalism in Danbury...and local reporting will NEVER be the same.

Last night, while covering the budget fiasco in Bethel, I learned that three well-respected veteran journalists, Eileen Fitzgerald, John Pirro, and Bob Miller, are leaving the Danbury News-Times at the end of the week.

Words can not express how sadden I am to hear that three remarkable and irreplaceable writers will be no longer working for a newspaper which is more known for their ever-shrinking coverage of local news in Greater Danbury.

When it came to educational matters or coverage of events in Bethel, to say that Fitergerald was the go to beat reporter would be an understatement. After the local newspaper, the Bethel Beacon, folded, Fitzgerald became the only source of coverage of the town's happenings...and given the lack of proper coverage on the happenings in Bethel, her departure will be a great loss. In terms of educational matters, Fitzgerald provided readers with an inside view of the workings within the Danbury Board of Education. Although I was at times critical of her coverage, Fitzgerald's reporting provided parents a much needed view into what was right and wrong with educational matters in Danbury.

When it comes to court reporting, no one did it better than John Pirro...no one.

From the rape case against anti-immigrant hate group co-founder John McGowan, the child sex abuse case against Tony Grant, to the manslaughter case against landlord Joe DaSilva, Pirro covered it all and did it with a level of professionalism that is lacking in newsrooms of today. Pirro and I worked along side each other on a countless court cases and I can't see any scenario where the News-Times can replace him with someone with the same level of journalistic integrity and passion.

Robert Miller...his amazing writings speak for itself. There's not enough compliments I can heap upon him for what he has done in terms of supporting great causes in the area such as the AIDS project. His presence in Danbury will be missed by many who are grateful that he bought attention to their causes.

These journalist come from the old school of reporting, which is definitely missed in our current opinionated world of journalism. In the end, the residents of Danbury lost three of their finest reporters and the News-Times will never be the same again.

posted by ctblogger at 6:05 PM 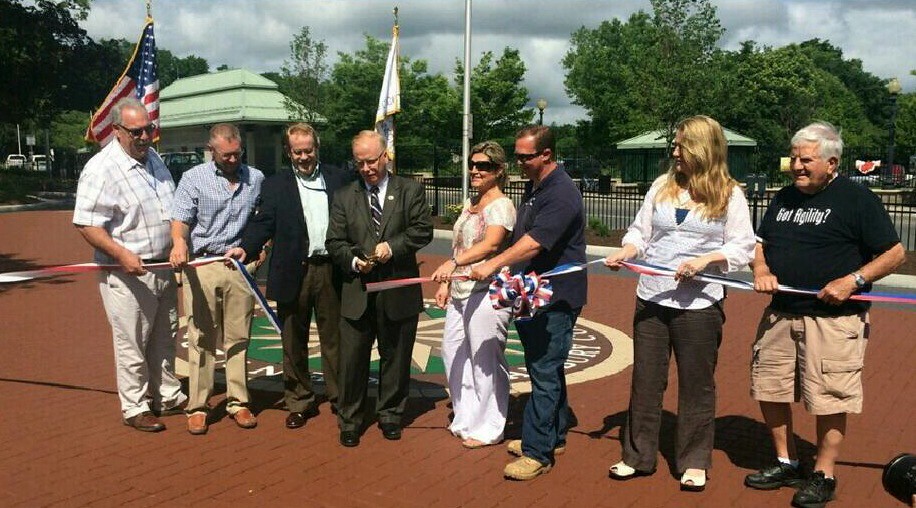 Seems like our dishonest part-time mayor has some explaining to do regarding the renovations done to Kennedy Park...stay tuned (and prepare to be outraged)!