Josh Stanley doesn't get it

It seems like the Republican candidate for the 109th State Rep seat doesn't have any common sense.

Here's what the son of City Councilwoman Colleen Stanley said recently on his Instagram account regarding the News-Times coverage of his outrageous racist and misogynistic Twitter posts. 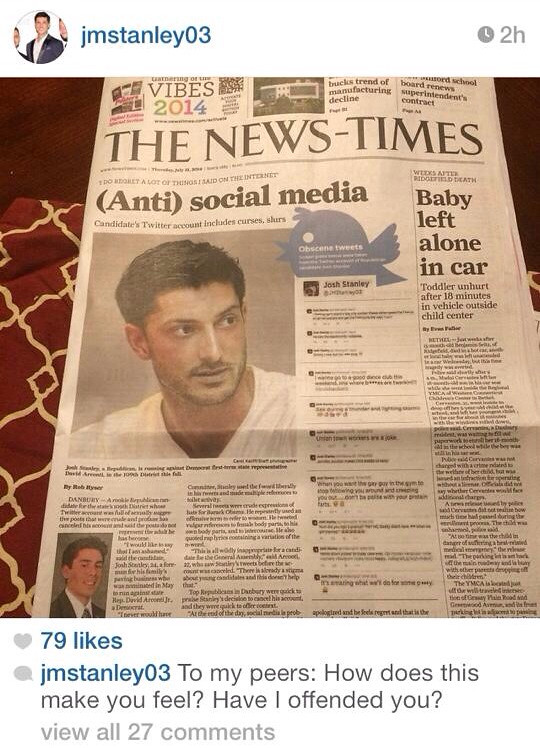 To my peers: How does this make you feel? Did I offend you?

Josh Stanley asks if he offended anyone?!? You can't make this up folks!
posted by ctblogger at 3:45 PM