Why demolish the playground at Rogers Park in August? 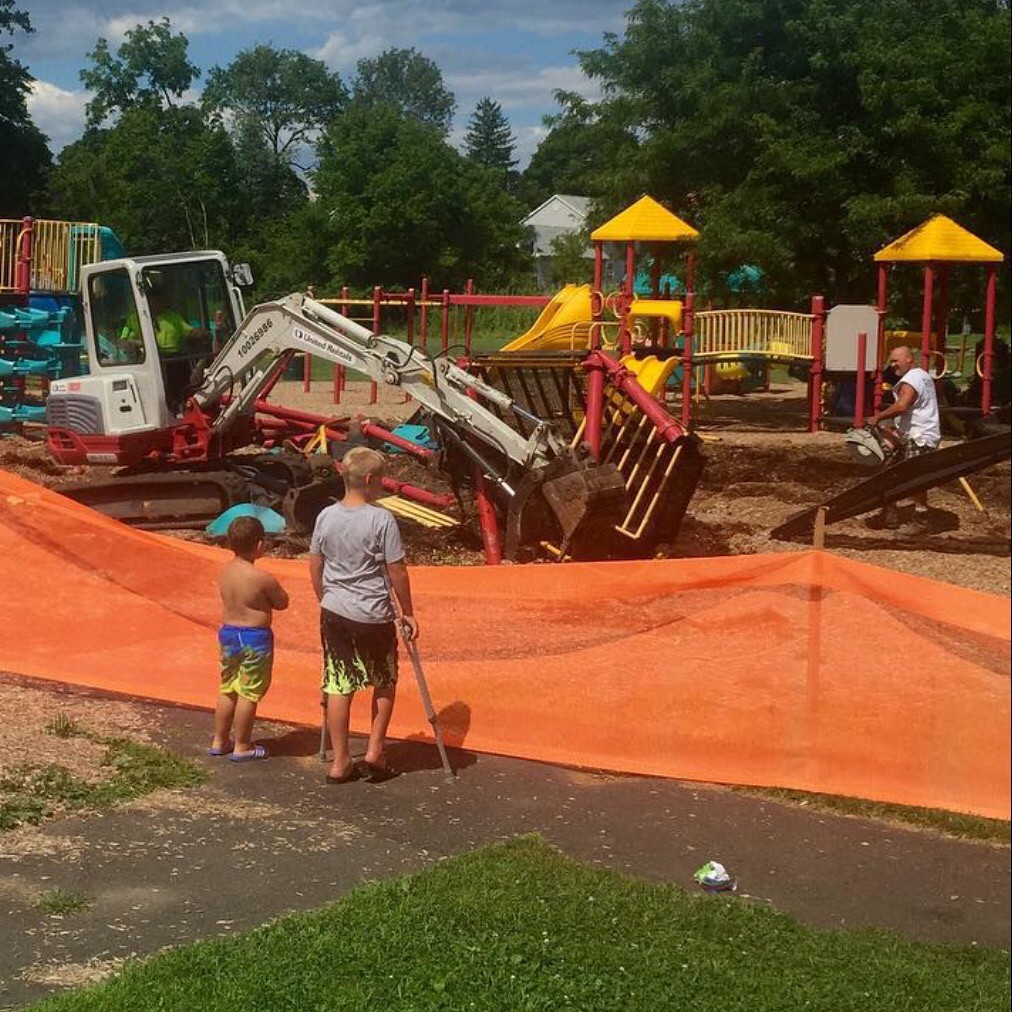 To say that the demolishment of the playground at Rogers Park is boneheaded would be an understatement.

The playground at Rogers Park has a very popular destination for youths (my kids play there several times a week) this summer so I was shocked is dismayed to see the playground be dismantled earlier today.

Although the city will probably install an upgraded playground, the question that I have, as well as many members of the public who are scratching their heads over this bizarre move, is why did the city have to demolish the playground NOW as opposed to the end of the summer when kids return to school. What are kids suppose to do in the meantime while the playground is being upgraded?

Your tax dollars at work...ugh, the insanity!

posted by ctblogger at 7:12 PM