I know, I know...the election results...

Okay...okay...okay... People have been asking me for my Election Day results and recap report...here's the deal.

Unlike in a municipal election, races for State Rep. and State Senate are a bit different because most districts covers multiple communities.

When I post election results, unlike most media outlets, my figures are based on votes per polling location (and votes done via absentee) as opposed to the total number of votes and this level of details requires me to travel to several town halls and requesting the results information.

That's a LOT of work folks!

I'm in the process of collecting all of the results material and give my take on what happened last Tuesday...and given the spin some losing candidates are giving regarding their loss, including Ken Gucker's pathetic explaination for his predictable loss, which which many are calling the equilivant of grasping at straws, it's fair to say that the sooner I get the raw numbers, the better.

Hang in there folks...it won't be long now...and as a Democrat who has seen this EXACT SAME results from Danbury Dems in the past ten years, trust me, I won't hold back.

When will we admit that we have a HATE CRIME problem in the city? 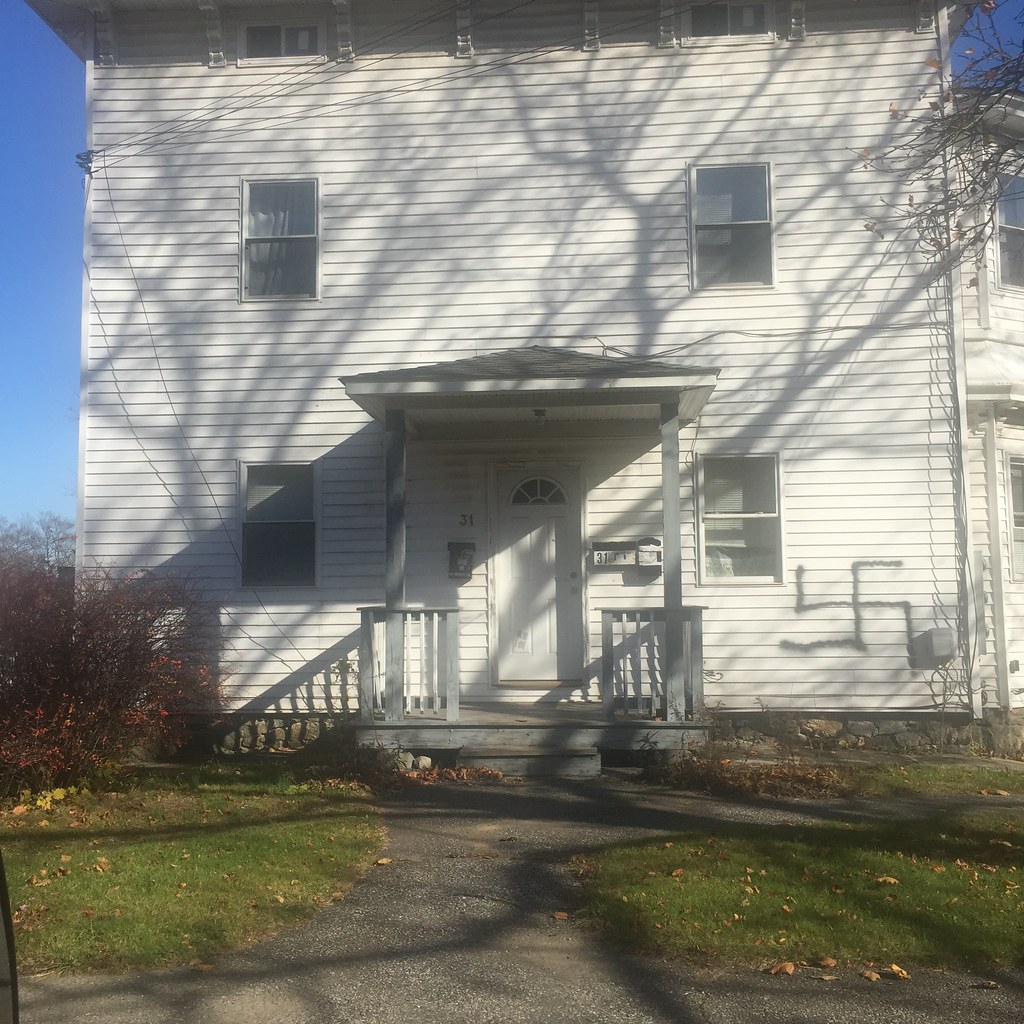 Will it take someone losing their life for city officials to admit the obvious...we have a HATE CRIME problem in the city! Newstimes: 11.14.16

DANBURY - Residents were shocked Monday to find a swastika that had been painted on the side of a downtown home over the weekend in a racially and ethnically diverse neighborhood - the most recent in a string of hate speech crimes being investigated by police.

“Oh my God,” said Daequan Rosado when he first saw the hate speech scrawled in black paint on a nearby house on Division Street. “I put my kids on the bus this morning and didn’t even notice it.

Further down the road, a white Mazda CX7 was also spray-painted with a black swastika.

“It’s really upsetting,” said Rosado. “This is a very ethnic neighborhood with a lot of diversity.”

He added that while he’s seen racial comments and tensions flareup both online and in other communities in the country after President-Elect Donald Trump won the recent election, he was surprised to see it in his own neighborhood.

While police don’t have any reports on the Division Street swastika, detectives are actively investigating four other similar incidents that also occurred in the same neighborhood surrounding West Street in the weeks running up to the election.

Police said a swastika was scratched onto the door of a van at the Catholic Family Charities organization on West Street - a group that also found a black swastika painted on their front door on Oct. 31. Another black swastika was painted that day on a work vans for Fish Window Cleaning, which is also located on West Street. A resident along George Street also reported Nov. 2 that a swastika had been painted in black paint on the passenger side of his truck.

How many times do we need to see incidents of hated occurring in the city until someone says ENOUGH IS ENOUGH!