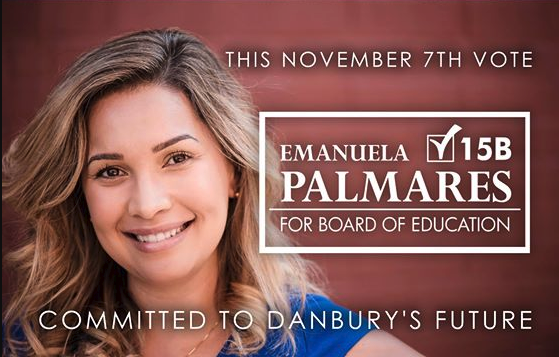 Sources reveal that on January 8th, Mayor Mark Boughton wrote a letter to School Superintendent Sal Pascarella and Vice Chairman Richard Hawley stating that he plans to appoint Republican Emanuela Palmares to fill the seat on the Board of Education that was vacated due to the incompetence of the leadership of the Danbury Democratic Town Committee who ran an unqualified candidate for the position.

More details later but unless an injunction is filed, it's safe to assume that Palmares should be seated to the board of education tonight...and this entire fiasco, in which a seat that was guaranteed to the Democratic Party, and loss of the majority of the BOE, is all due to the gross incompetence of the leadership of the Danbury Democratic Town Committee...