Chris Setaro for Mayor of Danbury 2.0 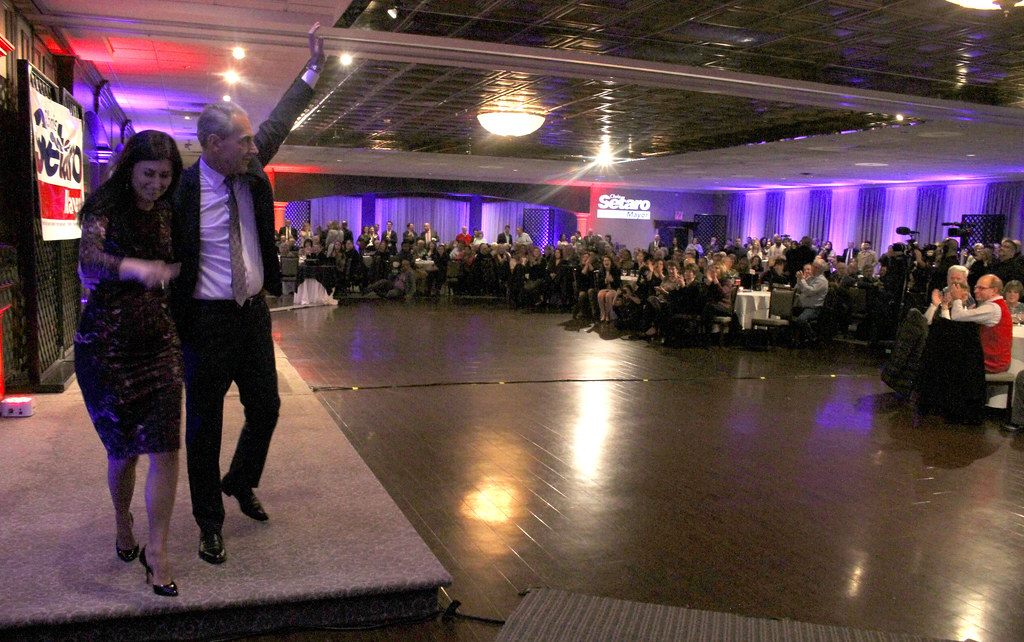 Over 400 friends of members of the public packed the Amber Room to watch Chris Setaro throw his hat into the race for mayor of the city of Danbury for the second time.

Seatro is no stranger to challenging Mark Boughton as the two campaigned against each other for mayor in a close and hotly contested race back in 2001.

With 25,000 dollars raised in two weeks and over 15 thousand views of his first online video, Seatro is hoping that his second attempt at the city's top elected position is a charm.