One on one with State Senator Julie Kushner 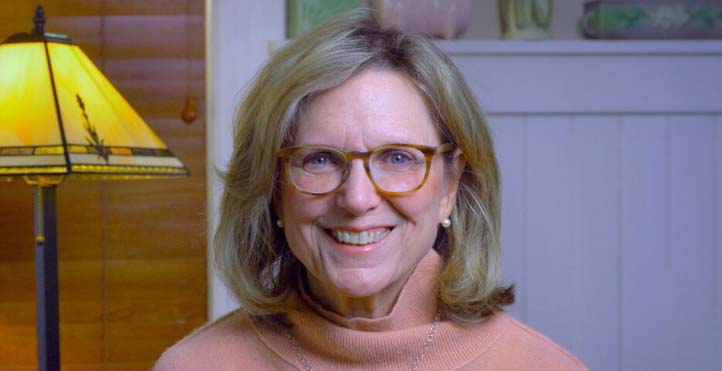 Today, I had an opportunity to have a conversation with State Senator Julie Kushner and get her take on the state of her campaign for re-election in the 24th district.

I've spent my career bringing working people together to win real victories, from organizing secretaries in New York to fighting for you as your State Senator. I ran in 2018 to get big things done - and we did! I led efforts to pass paid family & medical leave and a $15 minimum wage.

I worked on district concerns like protecting Candlewood Lake from invasive species, restoring funding to keep the Western CT Mental Health Network open, funding to pay for upgrades to the Women’s Center of Greater Danbury, and funding additions to the Regional Hospice and Palliative Care in Danbury. We also passed three bills to reduce gun violence, including banning ghost guns. We made debt-free Community College a reality which will make Naugatuck Valley Community College even more accessible to our community. Most importantly, I joined with my colleagues to increase state funding for the Danbury Public Schools.

While the 2020 legislative session was cut short by the health crisis, I’ve been on daily calls working on and advocating for policies that have kept us safe and contributed to Connecticut leading the nation in dealing with the Coronavirus. When many people didn’t know where to turn with a problem, I reached out to constituents and offered help. We have helped people struggling with food insecurity and rent issues. We have helped people get their unemployment insurance. We continue to work to provide these constituent services. But there’s still much work to make sure Connecticut comes out of the pandemic, an even better place to work and raise a family.

During the conversation, State Senator Kushner provided a synopsis of her first term in the General Assembly, commented on major issues of concern in the 24th district, and offered her top priorities that she hopes to tackle in the next legislative session if elected for a second term.

With Election Day less than a week away, I wanted to take a differnet approach to covering races in my neck of the woods and provide candidates running for state office in Greater Danbury an oppurtunity to talk about how they would address issues of concern in the area...my first stop is the race for State Senate in the 24th district with former New Fairfield First Selectperson Susan Chapman.

Susan Chapman has lived in Connecticut for over 20 years. Susan and her husband Ken have been married for over thirty years. They have three children, all of whom graduated from Connecticut public schools: Blake is an Air Force officer in medical school, Ryan is a West Point graduate and a Captain in the Army and Grace is a graduate of Savannah College of Art & Design with plans to go to veterinary school. Susan holds a bachelor’s degree from the University of Georgia.

Susan has served over a decade in municipal office. Susan served as the First Selectman of New Fairfield for four and a half years and, prior to that, served as a member of the Board of Selectmen for an additional three and half years. Susan also served on the Planning Commission to include a term as Chairman.

Susan was instrumental in in the complex merger of former Housatonic Valley Council of Elected Officials and the former South Western Regional Planning Agency into the COG, which represents eighteen member-communities.

During her decade as an elected official, Susan has:

Consistently managed within budget and even produced budget surpluses

Advocated for open space and championed creating a green belt to preserve nature for future generations.

Susan has always been an active volunteer in the community. While her husband, served on active duty with the Army for eight years, Susan was active with Family Support Groups, helping military families cope with the rigors of military life and long deployments.

Here in Connecticut, Susan has served in many community organizations including the Danbury City-Wide PTO. In New Fairfield, she served as Middle School PTO President, New Fairfield High School PTO Co-President, member of the Community Service Club, and a founding member of Preserve New Fairfield where she worked to save historically significant homes. She also managed the Town’s emergency shelters during storms Sandy, Irene and Alfred.

Earlier this week, I interviewed Chapman (and her dog Etta :-) and provided the challenger an oppurtunity to talk about her views on topics of interest in the district, as well as her advocacy for providing food for people of need.

(SIDENOTE: For more information on the food pantry at Walnut Hill Community Church, visit their website by clicking here).

posted by ctblogger at 6:11 PM