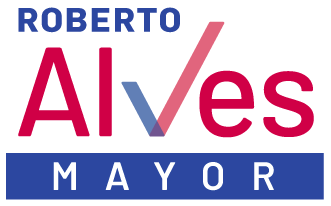 DANBURY, C.T. — Democratic City Councilman At-Large Roberto Alves today announced his candidacy for Mayor. A resident of Danbury since he was 5, Alves has devoted his life to advocating for and supporting his community through determined action and activism in service of the greater good.

“Like many communities, Danbury is at a turning point. We face important challenges that will affect the future of our small businesses, our kids and families, our neighbors,” said Roberto Alves. “We’re in the midst of a crisis. With massive job loss, a looming housing crisis, small businesses closing, and our healthcare system is once again on the verge of being overwhelmed. Too many Danbury families have suffered because leaders at all levels — from Washington down to the City-level — have failed us. We need a leader who can take on our most critical challenges and I’m ready to build Danbury back better, to be more equitable for all.” concluded Alves.

“I have seen firsthand how strong a leader Roberto Alves is. He steps up to the plate again and again and we know we can count on him to show up,” said Democratic Town Committee Chair Andrea Gartner. “Through the pandemic, he’s undertaken hosting food and toy drives, organizing food distributions, and educating the community on civic engagement also while serving as Councilman At-Large. This is the kind of engaged leadership that will guide Danbury through these meaningful times. Leadership we know will be a voice for all of Danbury. How exciting for Danbury that Roberto Alves is a candidate for Mayor!”

A product of Danbury’s public schools, Roberto Alves is a City Councilman At-Large and brings nearly a decade of private sector and community-driven experience to the position. He lives on West Redding Road with his spouse Robyn, and their two children, Julius and Catalina.

The Alves campaign also released a video package on Facebook...

It will be interesting to see if other Democrats will take a shot at the seat that's no longer occupied by the city's longest serving mayor...

posted by ctblogger at 1:09 PM