This evening, Danbury School Superintendent Dr. Sal Pascarella sent the following email to parents announcing that the school system will not return to their full in-person teaching model this year. 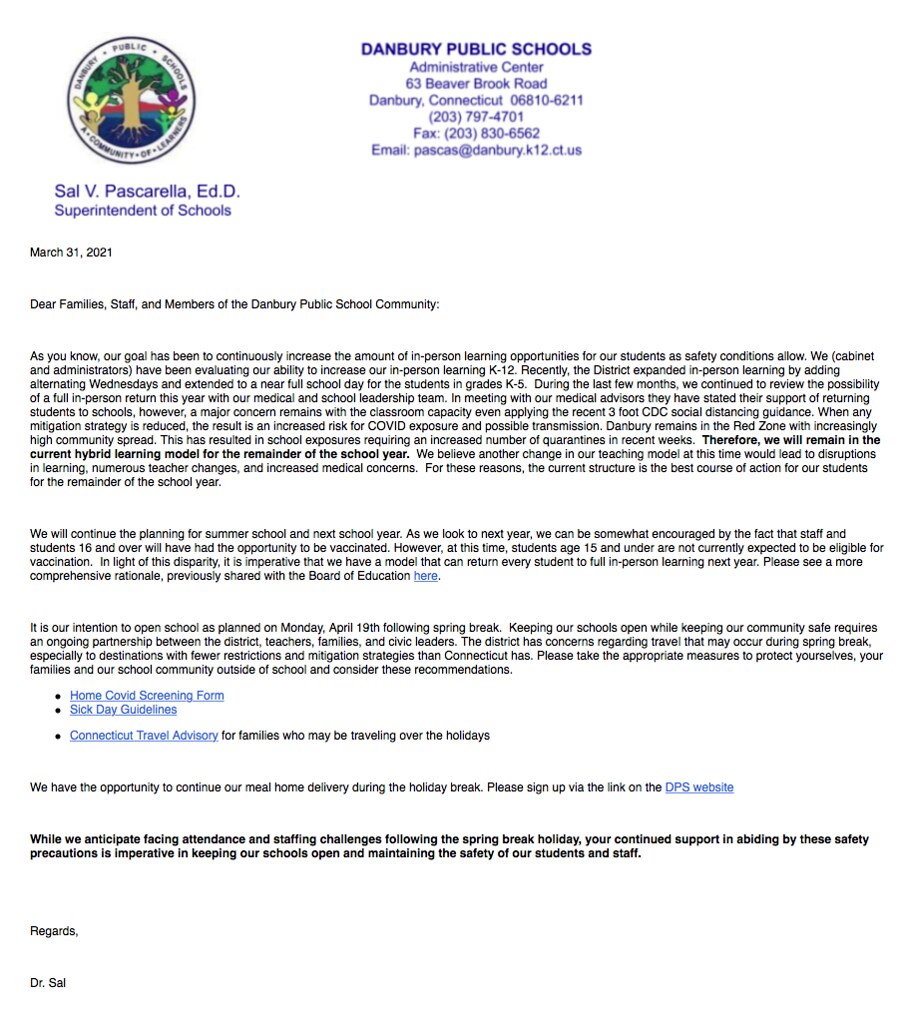 posted by ctblogger at 7:19 PM