I want to congratulate Dean Esposito for announcing his candidacy to run for Mayor on the Republican ticket.

As many of you know I announced my candidacy as a Democratic candidate for Mayor of Danbury in April, and will seek a victory in a democratic primary election on September 14th.

While Dean is a relative of mine, his announcement doesn’t change anything for me.

I hope to have your support so I can serve our community as your Mayor of the great City of Danbury!

posted by ctblogger at 8:21 PM 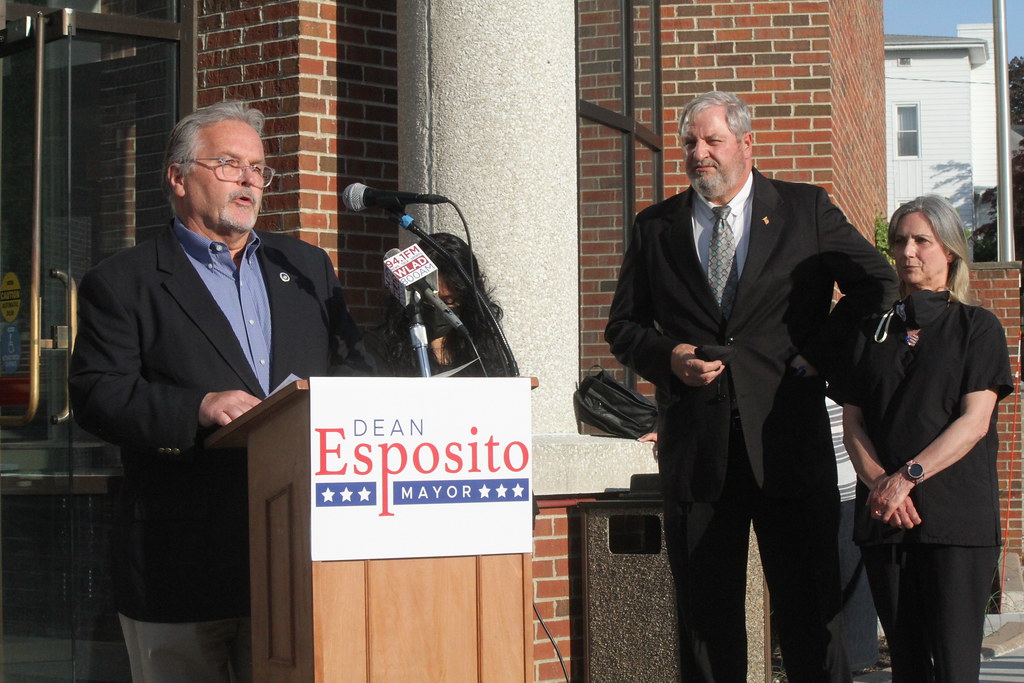 The speculation into Danbury Republican's pick for mayor is officially over as Mark Boughton's former chief of staff, Dean Esposito, throws his hat into the race for the city's highest elected position.

DEAN ESPOSITO ANNOUNCES CANDIDACY FOR MAYOR OF THE CITY OF DANBURY

– Today, former Town Clerk, City Councilman and Chief of Staff to the Mayor, Dean Esposito, kicked off his campaign for Mayor of the City of Danbury. Esposito has served the City of Danbury his entire life, and today he pledged to continue putting people over politics.

“I am honored to announce my candidacy for Mayor of Danbury. Danbury is my hometown, where I was born and raised, and where I have chosen to work. Danbury is a leader in our state with countless success stories, and I am committed to continuing a legacy of low taxes, strong schools, and superior public safety,” said Esposito. “During my time with mayors Mark Boughton and Joseph Cavo, our city has thrived, and with our leadership team, we will continue on the right track. I will be a mayor for all residents, and will work tirelessly to keep our people unified, safe and prosperous.”

Having grown up in Danbury, Dean attended Danbury public schools and graduated from Danbury High School in 1979. He was elected as City Councilman for five terms, appointed to Town Clerk in 2003, and in 2005 he was the Democratic nominee for Mayor. In 2006, Mayor Boughton named Dean as the Director of Consumer Protection and Sealer of Weights. Dean was then appointed to the position of Community Services Coordinator for the Boughton Administration, and ultimately promoted to Chief of Staff, a role he continues for current Mayor Joseph Cavo.

“Dean Esposito has a passion for serving and a deep commitment to Danbury, and he will undoubtedly continue to lead our city into prosperity,” said Mayor Joseph Cavo. “Over the last several months, I have worked closely with Dean in his role as Chief of Staff. I have seen his dedication firsthand, and it is without hesitation that I support Dean in his candidacy for Mayor.”

Dean is proud to continue his family’s legacy of service. His grandfather Louis was president of the Hatters Union for over 30 years. Dean’s father Donald was elected to serve as a state representative for Danbury’s 110th District.

Dean is married to his wife Sharon of 30 years, and they have two adult children; Chloe and Chase.

posted by ctblogger at 7:38 PM