Press release from the City of Danbury

Effective at 12:01am on October 15, 2021, the City of Danbury hereby lifts the Indoor Mask Mandate for fully vaccinated individuals only.

BY ORDER OF THE MAYOR: AMENDED AS OF OCTOBER 15, 2021 as noted in bold below: Pursuant to the Governor’s Executive Order 13A dated August 5, 2021 and the Declaration of State of Emergency for the City of Danbury signed and dated/issued March 16, 2020, I hereby issue a modified ORDER that all indoor public spaces, indoor public venues, indoor gathering places, and spaces, areas and locations in the City of Danbury where such gatherings occur or may occur, including businesses, offices and other public accommodations, only persons not vaccinated or unable to provide proof of vaccination and who are not exempt under said Executive Order Sec. 1.a. are required to wear proper mask coverings.

Enforcement of this ORDER shall be pursuant to Connecticut General Statute and local law as applicable under COVID and emergency issuance and regulation. This ORDER will stand until repealed or superseded by Order of the Mayor or the Governor of the State of Connecticut. Upon amending the Indoor Mask Mandate, Mayor Cavo reiterated that he supports the choice of fully vaccinated residents and visitors who may find a level of comfort wearing a mask especially while attending indoor public settings where they might feel at-risk or cannot social distance themselves, although there is no mandate to do so. Mayor Cavo also noted any Danbury establishment that wishes to continue the use of masks and facial coverings for staff and/or visitors, may implement its own policy. The Danbury Health Department will be available to assist in facilitating an implementation plan if requested.

Please be advised that Danbury Public Schools and private schools in Danbury are not subject to the Mayor’s lifting of the mask mandate. Masks are required in schools pursuant to an order from the Commissioner of the Department of Public Health outlining conditions and environments subject to the exemption provided in Governor Lamont’s Executive Order 12A. The order also requires healthcare facilities, facilities housing vulnerable populations, public and private transit, correctional facilities, and childcare settings to require face-covering . 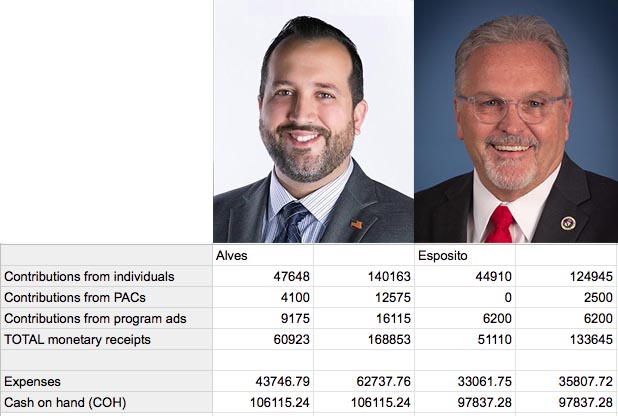 The recently filed third-quarter finance reports show that mayoral candidates Roberto Alves and Dean Esposito are in good financial shape for the final stretch of the campaign season.

With Election Day around the corner, these numbers indicate that both candidates will be in an excellent position to get their message out to voters. However, Alves' burn rate is significantly higher than Esposito, who has yet to attack his Democratic counterpart.

As ALWAYS with these finance reports, the devil is in the details, and I'm in the process of providing a detailed analysis of every finance report filed in an upcoming post.

“I’m energized by the investment and trust that so many friends and neighbors have placed in me,” said Councilman Alves. “This is what thoughtful strategic plans, meaningful conversations, and listening to all Danbury residents look like. This kind of support shows the successes we’ve already had, and those to come – and we’re not going to stop. I’m confident that we will be successful on November 2nd, and that’s when the real work begins.” Concluded Alves.

One on one with Dean Esposito 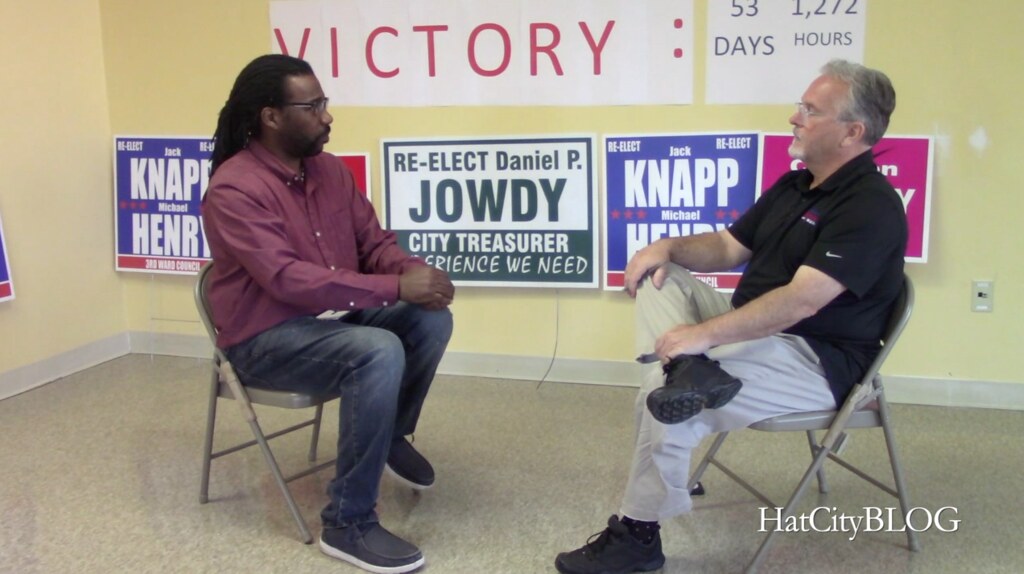 With Election Day less than a month away, there are still many questions regarding long-standing issues in the city that the two candidates for mayor have not addressed in detail.

Over the past two weeks, I sat down with Republican mayoral candidate Dean Esposito and his Democratic counterpart City Councilman Roberto Alves to get their take on general topics of concern in Danbury. I also got the two men to open up about their personal lives and explain why each feels qualified to oversee the affairs of the seventh-largest city in the state.

NOTE:
1. For the exceptions of added b-roll material, the following interview is in its entirety.
2. There were no restrictions on topics with either candidate.
3. There was no time restriction with Esposito (interview lasted one hour). There was a time restriction of thirty minutes by the Alves campaign.
4. There were PLENTY of topics that we failed to discuss in the interview. Plrease rememebr that this was more of a general interview into their backgrounds and their take on a number of old standing issues that neithe candidate has addressed in detail. I hope to get Alves and Esposito on issues that I was unable to get to in the interview in a future update.
5. My apologizes in advance for the sound quality...curse that the annoying beeping noise in the background :-)

posted by ctblogger at 3:25 PM