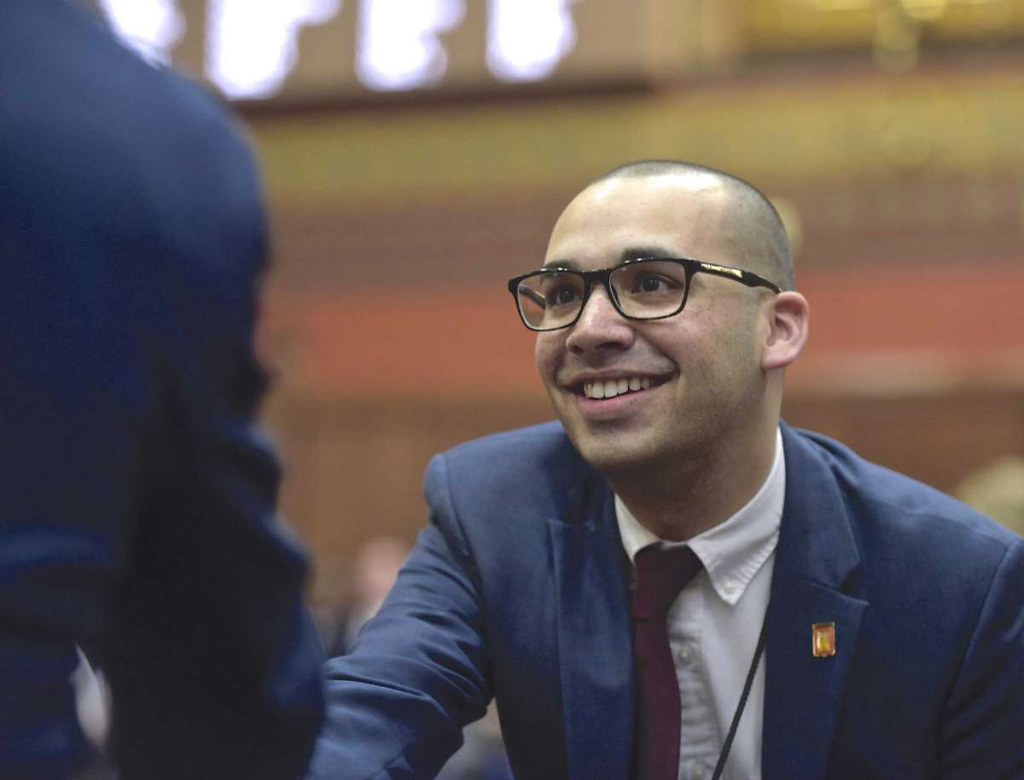 This morning, Raghib Allie-Brennan announced his intentioin to seek a third term as State Represenative for the 2nd district.

Today, State Representative Raghib Allie-Brennan (D-Bethel) issued a statement officially announcing that he is running for re-election to represent the 2nd Assembly District. Allie-Brennan has served the people of the 2nd District since being elected in 2018.

“For the past three years, I have proudly served the people of the 2nd District. During that time, I have had the chance to talk and engage with thousands of neighbors and have learned, firsthand, about the issues that matter to them. By working with fellow legislators from across the aisle, as well as the Governor’s Office, I have delivered real results like helping to reduce the long-term unfunded pension debt and ease the financial burden on working families. I am leading a bipartisan effort to combat the opioid epidemic. I have even helped return millions in state dollars directly to the people of the 2nd District.

“In Hartford, I am focused on providing accessible, transparent, and effective leadership. I work hard to listen to the people I represent and build consensus around policies that address the challenges they face, like affordable access to health care and supporting our small businesses.  I have worked with my fellow Democrats in the Majority, but I’ve also worked across the aisle and stood up to Democratic leadership on issues such as tolls, affordable housing, criminal justice reforms, and emergency powers, because my commitment is to the wellbeing of my constituents.

“We are living in difficult times — and the road ahead requires a representative and leader who is both tested and tireless, and I remain deeply committed to serving ALL residents.

“That is why I am announcing my intention to seek re-election. We must continue the hard work of addressing the economic challenges people face in their daily lives and investing in our communities.

“Due to redistricting completed after the 2020 census, the 2nd Assembly District will look a little different this year. The boundaries further encompass portions of Bethel and Danbury, with the loss of Redding and Newtown.

“Nearly 70% of residents in the new 2nd District have already been my constituents under the current district lines, and I look forward to continuing my service representing them. I also look forward to earning the support of new constituents as I campaign for re-election across Bethel and Danbury. I will forever be grateful to those who elected me in 2018 and 2020, as well as to everyone I have had the honor of meeting and serving. I look forward to the future, and I am confident in our ability to make things better for ALL Connecticut families.”

posted by ctblogger at 8:33 PM