posted by ctblogger at 4:58 PM

In all of my years of following politics in Danbury, I've NEVER seen anything like what happened this month's meeting when a member of the city council attacked a private citizen based partially on what appears to be some personal political grievance?

And the same councilman decides to further use government resources by sending his convoluted diatribe to an ad-hoc committee...a diatribe over the position of Constable.

Watching an elected official launch into a five-minute tirade against a private resident over a comment made in a political mailer in his neighborhood is probably one of the most disappointing moments I've witnessed in my seventeen years of following common/city council meetings.

Trust me when I say that I've witnessed and documented some pretty heated moments but nothing like what the public endured this week.

No matter your party affiliation, we should all agree that NO elected official should attack ANY member of the public. Comments made by 4th ward councilman Joe Britton against the nomination of Fran Keiras for the set of Constable has no business being uttered by any elected official in any capacity at city council chambers.

Suppose the Mayor, Council President, Majority and Minority Leader fail to address what transpired this week. In that case, local government is giving a green light for elected officials to use their position in government to settle personal political grievances and neighborhood squabbles against private residents at taxpayers' expense.

What transpired at this month's meeting was disturbing, unbecoming of any elected official, and warrants action from the council leadership in the form of censure. The person on the receiving end of Britton's tirade, Fran Kretias, should at the bare minimum entertain filing an ethics complaint against the freshman councilman and is within his right to contemplate pursuing legal action.

The residents of the 4th ward once enjoyed representation by the likes of John Esposito Sr and Tom Saadi; I wonder how these same residents who enjoyed decades of honorable and upstanding leadership are thinking today after witnessing this spectacle.

Yesterday I've obtained a copy of the letter in question as well as taken the liberty to take screen shots of Britton's LinkedIn page. 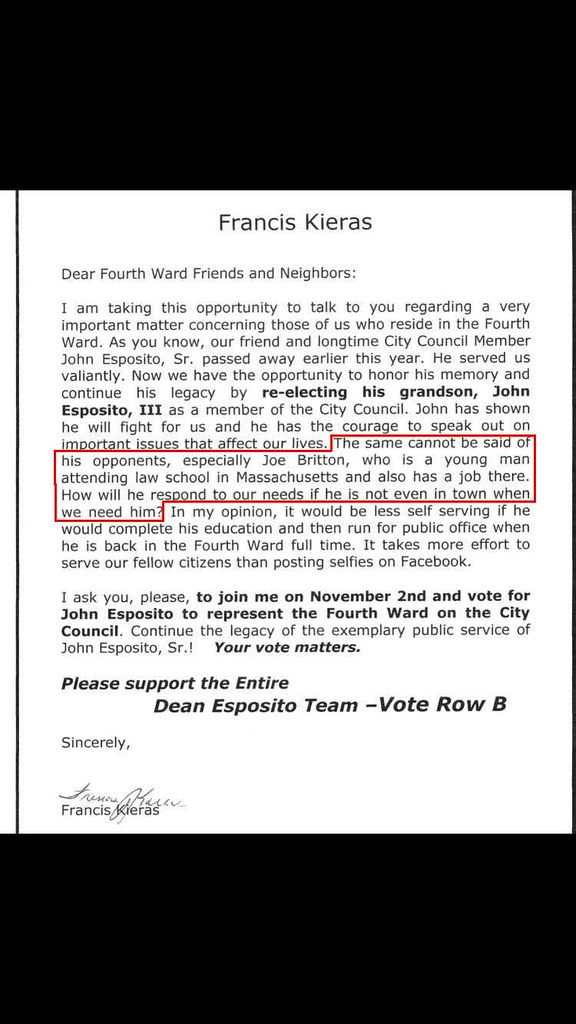 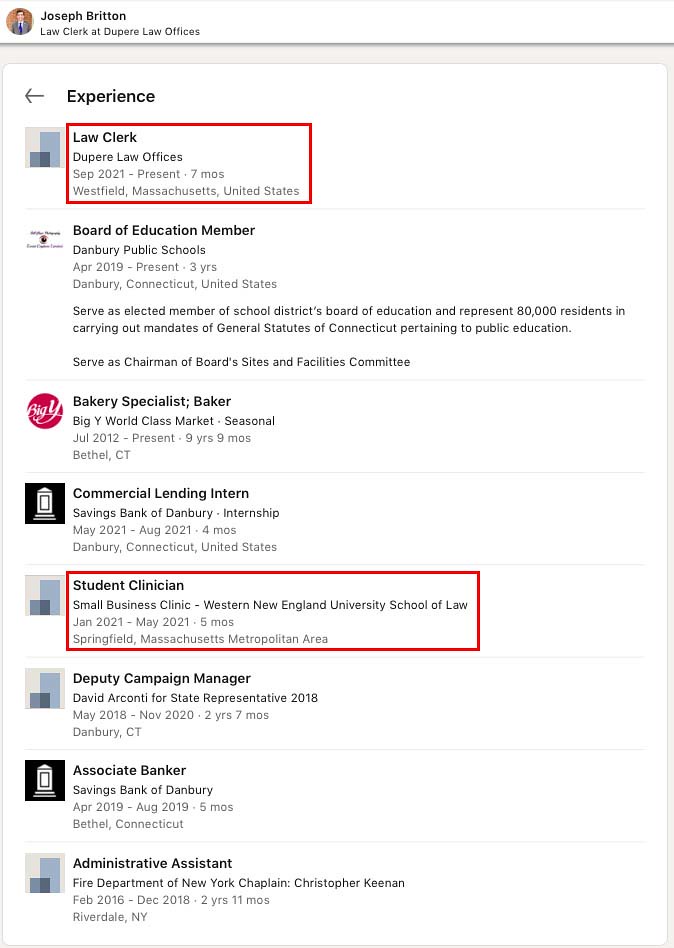 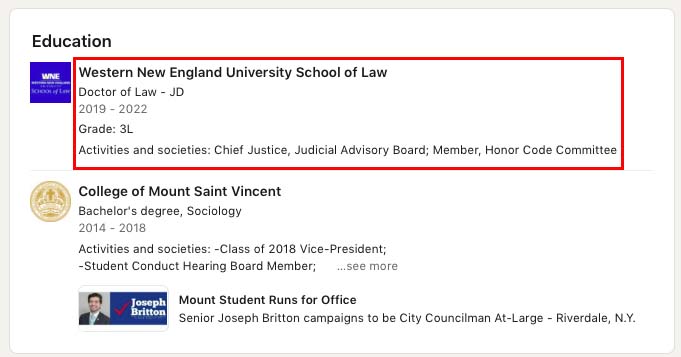