On March 31st, 4th ward City Councilman Farley Santos filed paperwork with the State Elections Enforcemnt Commission to run for State Represenative for the 109th district. Earlier this month, David Arconti announced that he would not seek re-election. 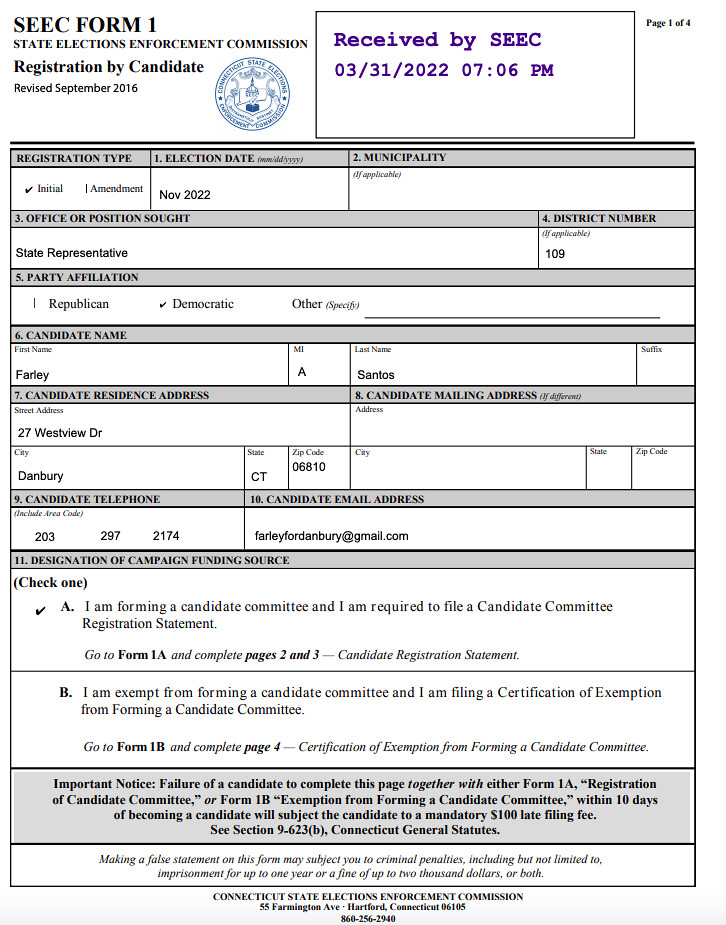 As of this writing, while there has been a couple of names tossed around for the Republican noimination, no individual has filed or offically announced thier intentions to run for the state office seat.