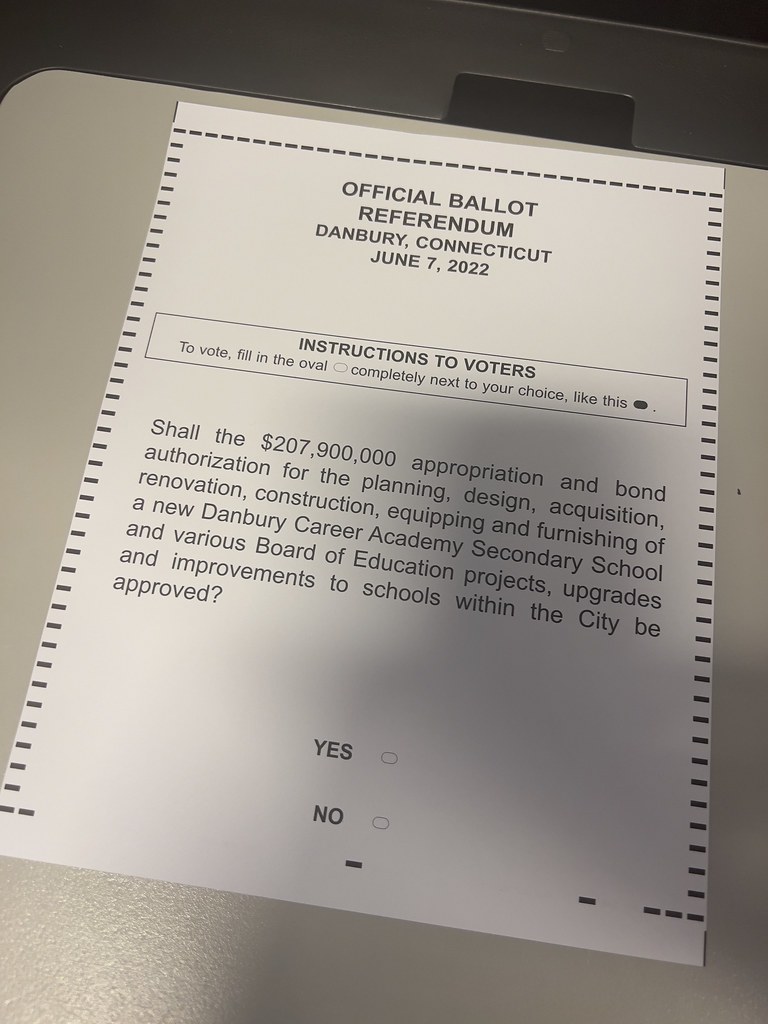 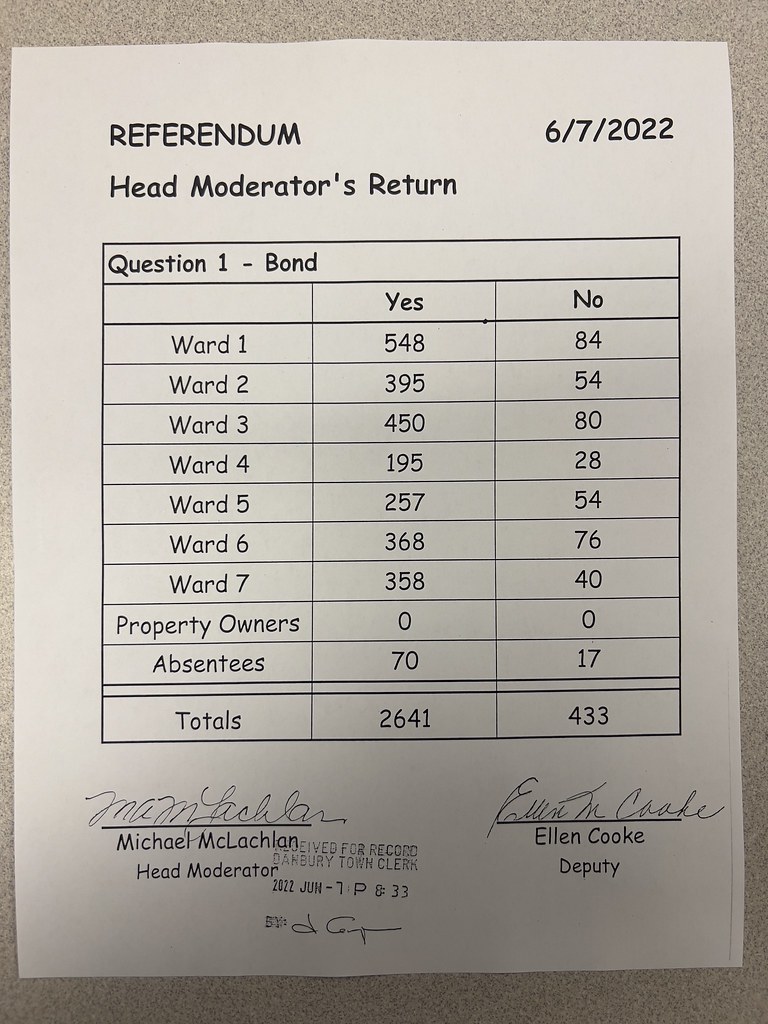 Yesterday, by a final vote of 2641 to 433, residents gave their seal of approval to spend 208 million dollars to construct the proposed Danbury Career Academy School, and a childhood center at Great Plain Elementary School, as well as support numerous school infrastructure improvements throughout the city.

While the final tabulation of turnout was unavailable last night, as of 7 PM, an estimated 6.4 percent of the voting public expressed their opinion on the bond package designed to alleviate long-standing educational concerns in the city.

After the vote, I caught up with Mayor Dean Esposito to get his opinion of the bond referendum passage.

In a future post, I'll evaluate the results of the bond package against past referendums and the results of last year's municipal election to get a clearer picture of the public's willingness to express their opinion on one of the top concerns in the city.