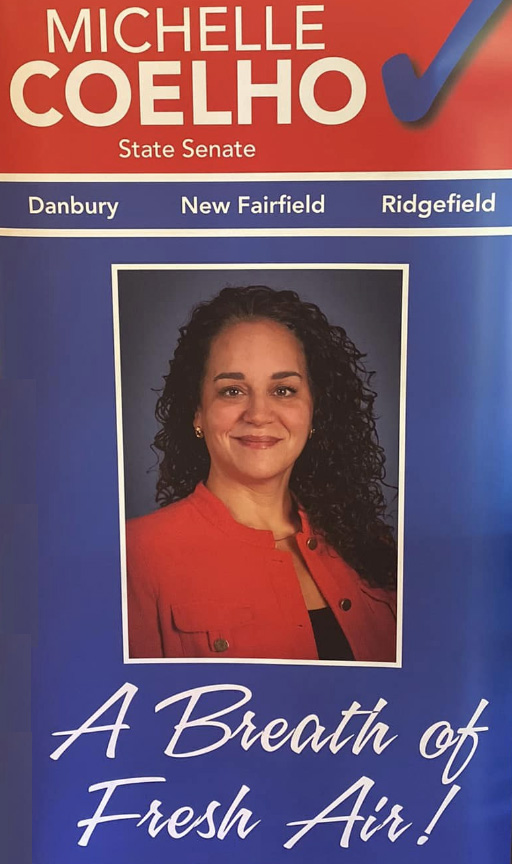 Michelle Coelho, who is running to be the next Connecticut Senator from the 24th District, has qualified for Connecticut’s public campaign financing grant, through the Citizens’ Election Program.

“I want to thank the over 400 individual campaign donors, who helped us reach our goal. Our campaign has momentum, our positive message is resonating with voters, and I have been overwhelmed by the enthusiastic response we have received from people across the district,” Michelle Coelho said.

“The support for my campaign has been from all party affiliations: Republican, Independent, Unaffiliated, and Democrat voters. All who simply are fed up with the direction our state is heading. People of all ages and backgrounds are hurting financially. They want someone representing them in Hartford, who will fight for lower taxes and safer communities, while keeping local control.” Coelho added, “I also support state funding for a public Charter School in Danbury. My number one job is to listen to the residents of our district, something which has been lacking for far too long. As their state senator, that’s exactly what I will do. I will listen to the people of our district and I will bring their voice to our State Capitol.”

In order to qualify for public financing, candidates for state Senate must raise $17,300, with at least 300 (Coelho far surpassed that) contributions from individuals residing in their district. The 24th Senate District includes Danbury, New Fairfield and Ridgefield.

Michelle Coelho has applauded the Republican plan to send more money back to residents through immediate tax relief for struggling families. (The plan and its petition can be viewed at AffordableConnecticut.com) “As your state Senator, I will vote ‘yes’ on immediately cutting the income tax, sales tax, diesel tax, and the highway truck tax. I will vote ‘yes’ to lessen the burden on middle-class households. We need action now, and we need to elect state lawmakers who will fight to protect people’s wallets. I am asking the voters from all political parties for support - and their vote - on November 8th.

Thank you so much for your encouragement and support. It has energized me to campaign tirelessly from now, until Election Day.”

Coelho is running against two-term State Senate Julie Kushner who qualififed for public financing in February .
posted by ctblogger at 1:06 PM