Yesterday, residents of Bethel were surprised to learn that six-term First Selectman Matt Knickerbocker decided to step down as the town's top elected official.

Knickerbocker announced that he would resign as First Selectman effective September 6th and take on his new role of Town Administrator in the Town of Wilton the next day. 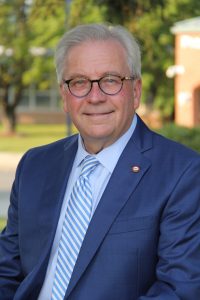 I am writing to let our community know that this morning I submitted my resignation from the office of First Selectman. This will become effective at midnight on Tuesday, September 6th, and on Wednesday, September 7th, Selectman Rich Straiton will assume the duties of First Selectman on a full-time basis. The vacancy in the First Selectman's office will require a special election in the near future, as well as an appointment by the Board of Selectmen to fill the third seat. The special election will most likely be held in early 2023. You will be receiving more information about that over the next few weeks.

I'm sure this news comes as a surprise to many of our residents, and I wanted to take a moment to let you know how this came about.

I had been contemplating making a career change at the end of my current term of office for some time. I was always planning to continue in the field of public service but wished to be in a more secure position and one that was not subject to the two-year election cycle. I was looking for an opportunity to keep working in a public service capacity without the burden of politics and the seemingly never-ending need to campaign for office. Over the past two years, I have actually had other opportunities that I felt I had to let go of, as I felt it was not right to leave this position in the middle of a global pandemic and its effects on our community.

In a perfect world, I would have preferred to finish my current term and then transition to a new role. Great opportunities seldom time themselves with such convenience, however, and the opportunity I have is one that I cannot afford to pass up. On September 7th, I will assume the position of Town Administrator in the Town of Wilton and will be responsible for managing most of the town's municipal operations.

I send my most sincere thanks to all of the members of our community who have supported me in this position. And thanks also go to the other hard-working members and volunteers in our town government, as well as the other elected and appointed boards and commissions. By setting politics aside and working together for the betterment of our town, we have accomplished a great deal of good work over the past thirteen years.

From building infrastructure and road deficiencies to tackling responsible development concerns, to say that Bethel was once a town with a laundry list of issues and concerns and WELL-known for its nasty and personal political climate would be an understatement.

Bethel was one of the first communities outside of Danbury that I covered local politics; I'd had the pleasure of following Knickerbocker's rise in local government, starting as a member of the Board of Education to his run for First Selectman against then incumbent Bob Burke.

As Bethel transformed itself from the hotbed of partisan and divisive politics with its share of municipal deficiencies to the redeveloped community of today, I always made sure to take the time to talk to Knickerbocker over the years and get updates on changes in the town under his watch. As someone who bared witness to Bethel's transformation under Knickerboker's helm as First Selectman, it's with a bit of sadness that this is my last interview with Matt, but I wish him the best in his future endeavors. The town of Wilton was lucky when former long-term and popular Danbury Town Clerk Lori Kaback decided to bring her talents to their town. Now that same community is just as fortunate to have Bethel's top elected official as their Town Administrator.

The CTblogger channel · One on one with Bethel First Selectman Matt Knickerbocker
posted by ctblogger at 10:08 AM