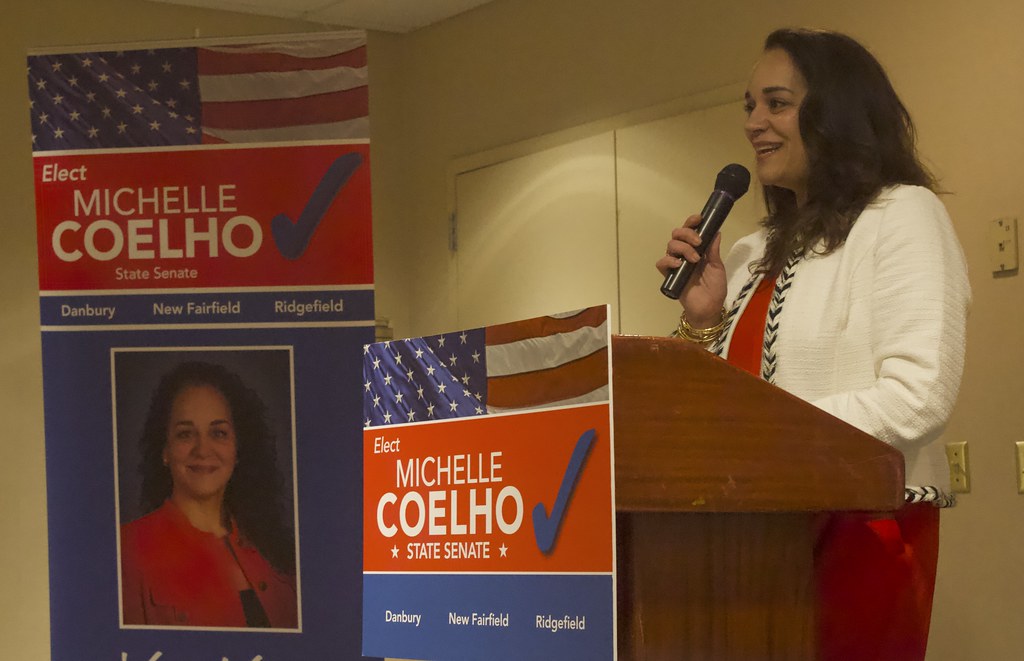 The race for the State Senate seat in the 24th district is turning out to be the most-watched race in the state.

Over the weekend, Republican State Senate candidate Michelle Coelho announced that she received the endorsement of the Independent Party; the endorsement allows Coelho's name to appear on the ballot two times.

“The voters of Danbury, New Fairfield and Ridgefield deserve an independent voice in Hartford.”

Danbury - Michelle Coelho, Republican candidate for the 24th Senate District seat, has been endorsed by the Connecticut Independent Party.

“I am honored and energized by the support of independent voters,” Coelho said. “The voters of Danbury, New Fairfield and Ridgefield deserve an independent voice in Hartford. As your new state senator, I will be that voice. I will fight to make Connecticut safer and more affordable. I will also support our law enforcement officers while protecting and defending local control of education and zoning.”

Coelho, a Danbury resident, serves on the city’s Board of Education.

“I cherish our constitutional freedoms and liberties,” Coelho said. “I am passionate about safeguarding our children’s education and empowering parents. I believe parents deserve a voice and a choice when it comes to the education of their children.

“That’s why I am asking Independents, Unaffiliateds, Democrats and Republicans to elect me to replace Julie Kushner as your senator this November. My positive, pro-growth, pro-family message is already resonating with people from all political parties, and I will be spreading that message every day until the polls close. Voters have a very clear choice in this race.”

A first-generation Cuban American, Coelho’s parents came to America to escape from the oppressive Communist government in Cuba. A businesswoman, Coelho is a full-time project manager and developer with 30 years of experience in oversight and construction planning.

“I love this country, and I love Connecticut,” Coelho said. “As your state senator, I will be a listener, I will be independent-minded, and I will be your voice.”

Coelho’s candidacy was also recently endorsed by the Fraternal Order of Police for her support of law enforcement in greater Danbury.

Election Day is Nov. 8. For more information on how to volunteer, visit www.CoelhoForSenate.com. Coelho can be reached at CoelhoForSenate@gmail.com.

Democraitc incumbent State Senator Julie Kushner's name will also appear two times on the ballot as she was endorsed by the Working Families Party.
posted by ctblogger at 9:55 AM