"Go Back Where You Come From!"

I've attended many town hall meetings in my time, but nothing disturbed me more than the lynch mob that screamed insults and slurs at Congressman Chris Murphy Wednesday in Simsbury.

For those who want to see an up close look at the teabagging/birthers/anti-immigrant/anti-anything Obama movement, this small clip from video I shot at Murphy's event tells the story.

While you watch this video clip, please take note that I'm an African-American...

You and your asinine friends say that we're paid by big insurance -- YOU'RE paid by ACORN and our tax dollars. Yeah that's me, hello, get the fuck out of my face and go back where you come from.

You think that was bad, trust me, you haven't seen anything yet.

I'll have more disturbing video on the GOP mob that hi-jacked Congressman Murphy's event later.
posted by ctblogger at 4:41 PM 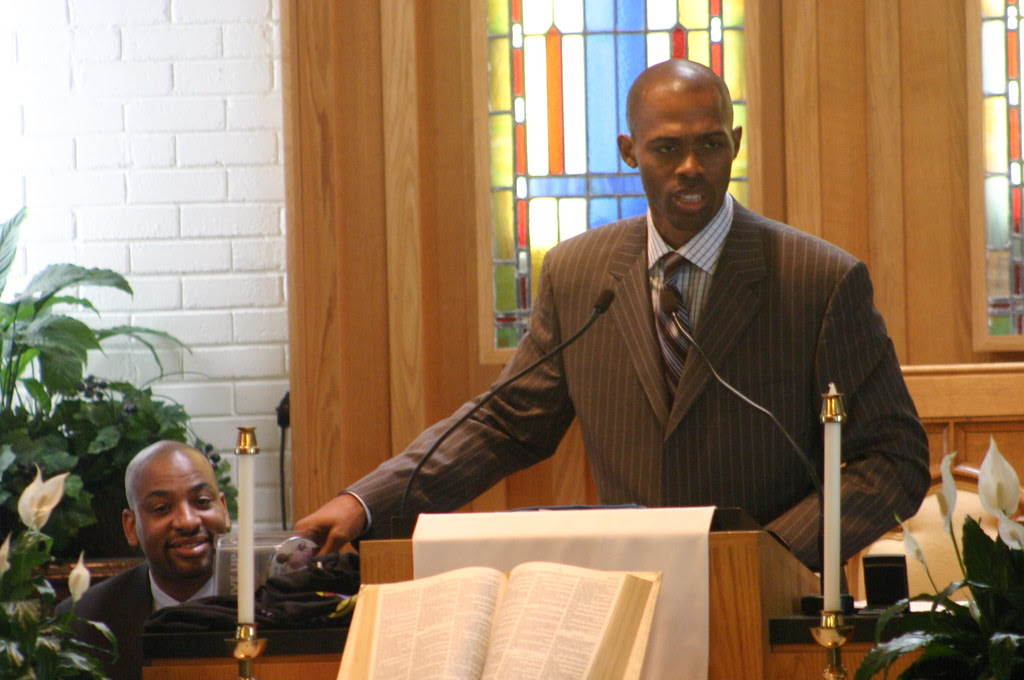 posted by ctblogger at 3:19 PM

Last night at City Hall, I caught up with Saadi and asked him to elaborate on his issue with the school administrator givebacks. 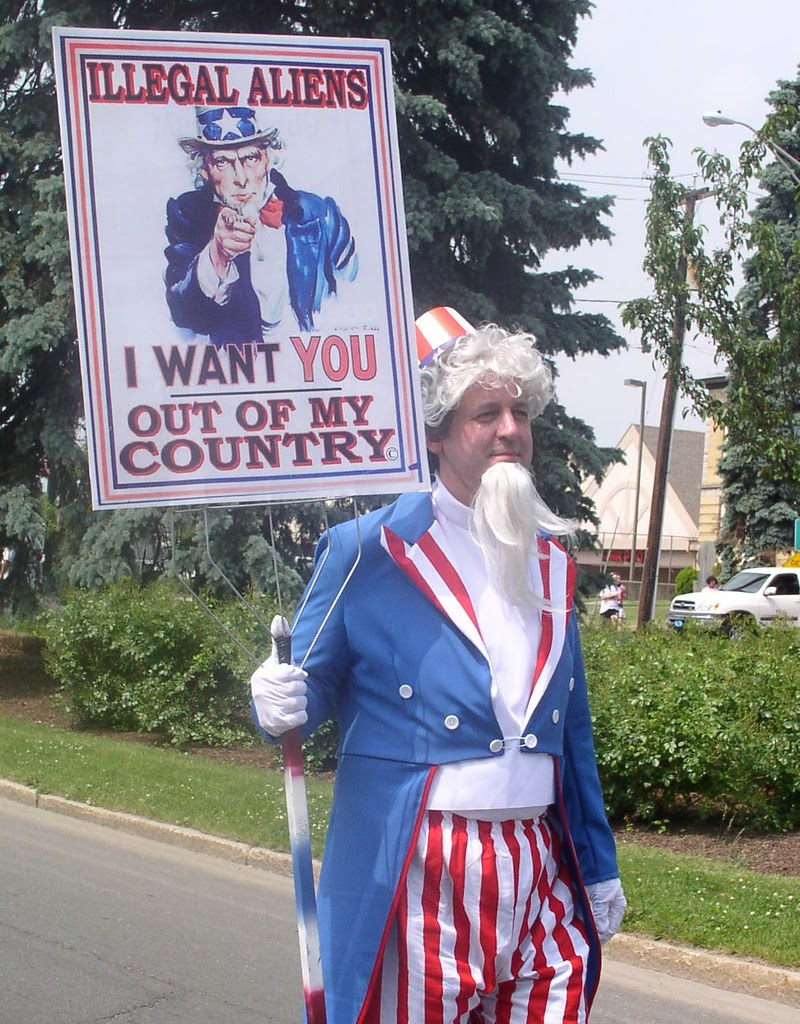 For someone who spent years ranting about immigrants breaking "our laws", this comes as a bit hypocritical...

Hidden in the "Your Town" section of the July 28th edition of the online News-Times is this disturbing bit of news about a former 2007 mayoral candidate and former highly visible member of the anti-immigrant movement.


NEW MILFORD-- A Bethel man was charged with first-degree sexual assault Monday as the result of an investigation by New Milford police.

Police Lt. James Duda said the alleged victim was an adult female with whom McGowan was involved last year.

First as Treasurer of the Greater Danbury Chapter of Connecticut Citizens for Immigration Control in 2005, then as Vice President of Elise Marciano's infamous anti-immigrant group, United States Citizens For Immigration and Law Enforcement, from late 2005-2007, McGowan's outrageous public antics served as a critical component in the early days of the anti-immigrant movement in Danbury.

For example, here's highlights of McGowan in action harassing marchers and desecrating a Mexican Flag during the immigration march of 2006.

According to the State of CT Judicial Branch website, McGowan is scheduled to be arraigned today at the Superior Court Housing, GA 18 at 10:00 AM today. 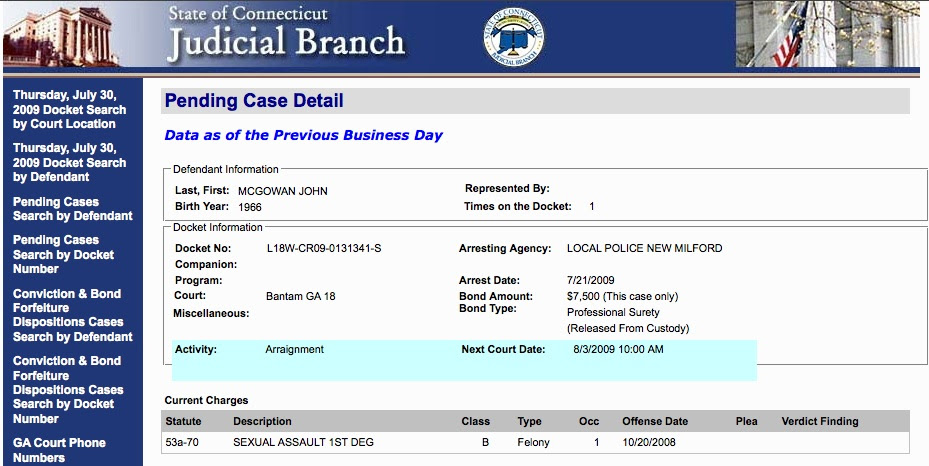 According to CT Defense Lawyer website, charged with a CLASS B felony, if found guilty, McGowan could be sentenced to 1 to 20 years in prison and fined up to 15,000 dollars.

UPDATE 08.04.09: Accoording to the court records department at the Bantam GA 18 courthouse, yesterday, McGowan's case has been moved to the Litchfield District Courthouse and re-scheduled for September 1st.

LOCAL ACCESS VIDEO: Ideas at Work and Beyond July 30 2009 broadcast